“Pixel arrays often have rectangular shapes. However, rectangular pixel arrays will not fit efficiently within a device having a circular shape. Circular displays can have bottleneck regions in which signal lines become crowded, leading to inefficient use of display area. It would therefore be desirable to be able to provide improved displays such as circular displays or other displays with curved edges.”

If you are interested to read the rest of the information the patent gives, here’s the link:

The patent information is too long and goes into detailed specifics. Feel free to read if you are interested in the patent.

Possible in the Future?

Apple has been known for patenting a device or technology for a device and never actually releasing it. Could this mean that a circular faced Apple Watch will never see the day? It is possible. However:

This could clear things up a bit and bring some positivity to the situation. However, we do not know for a fact if a Circular-Faced Apple Watch will be released. And if it is released, we won’t see one until possibly 2020. We can speculate all we want, but after all only the insiders at Apple truly know the truth. 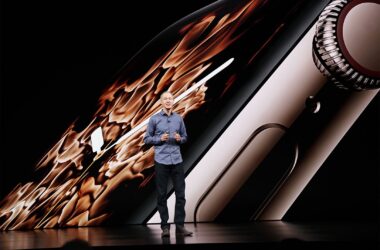 New Activity Rings for Kids Mode will debut on watchOS 7

According to the codes found in iOS 14 obtained by 9To5Mac, watchOS 7 will introduce a new Kids Mode…