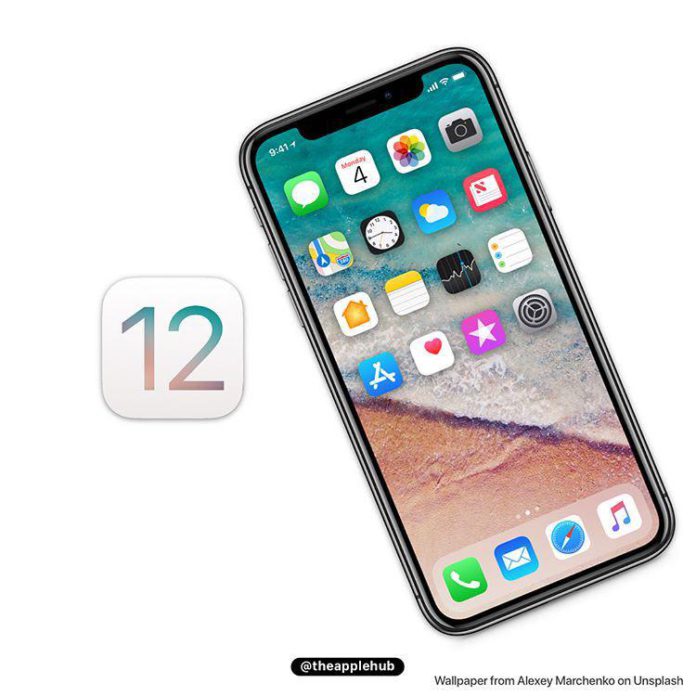 A couple of days ago, we looked at a simplistic iOS 12 concept designed by a friend of mine. Today we look at an elegant looking iOS 12 concept by @theapplehub on Instagram. I’m going to show you three of the five images sent to me. These three images all include two features each which would be welcomed in iOS 12.

As you can see from this one, the concept is based on applications such as the Calendar. This is because the Calendar can take up the whole screen to show one month or a year. With this redesign in this concept, the month view gets smaller and more organized. This is useful as you can see part of the next month in the same screen. Also, similarly to how notification badges work on other applications; a badge would appear next to a day in the month where there is an event. The background of the month display would be white, and the header would be red. The badges would also be red in order to stick out.

Then we have ‘Restricted Access’ which is basically locking apps for people using your iPhone that aren’t you. This would be useful as there could be content on your phone that you don’t want other people to see. This way only you would be able to gain access to the app and no one else. The app would therefore be locked.

In this image, we can see a concept for a dark mode. This concept show cases the Music app in a dark mode and it looks very sleek. The dark mode would be useful for people who have a space grey iPhone. It would blend in and add to the ‘all black’ look. Also, for iPhone X users, the dark mode would also help save battery life. This is because the pixels will essentially be shut off while the dark mode is enabled. This will allow for less power to be used to power the display.

An always-on display would also be nice but would only work for the iPhone X. This is due to the fact that only the iPhone X has an OLED display. All the other iPhones have an LCD display. The always-on display would still be really nice as you could have the middle of the display light up. This would be to show the date and/or time. As well as small notification symbols to show you have a missed message or call. This would alert you that you have something to attend to while not using much power.

Improving the stability on iOS 12 will be important. This is due to being likely that iOS 12 will be the last iOS to support the 5S. The 6 will reportedly be supported by iOS 13 but we don’t know yet. iOS 12 will need to be smooth and stable as iOS 11 was quite a disaster. Devices like the 5S and 6 will need a stable OS to run smoothly without any crashing.

With WWDC 2018 around the corner, there is not much more to discuss when it comes to iOS 12. If you have any further questions or comments, feel free to leave them below!