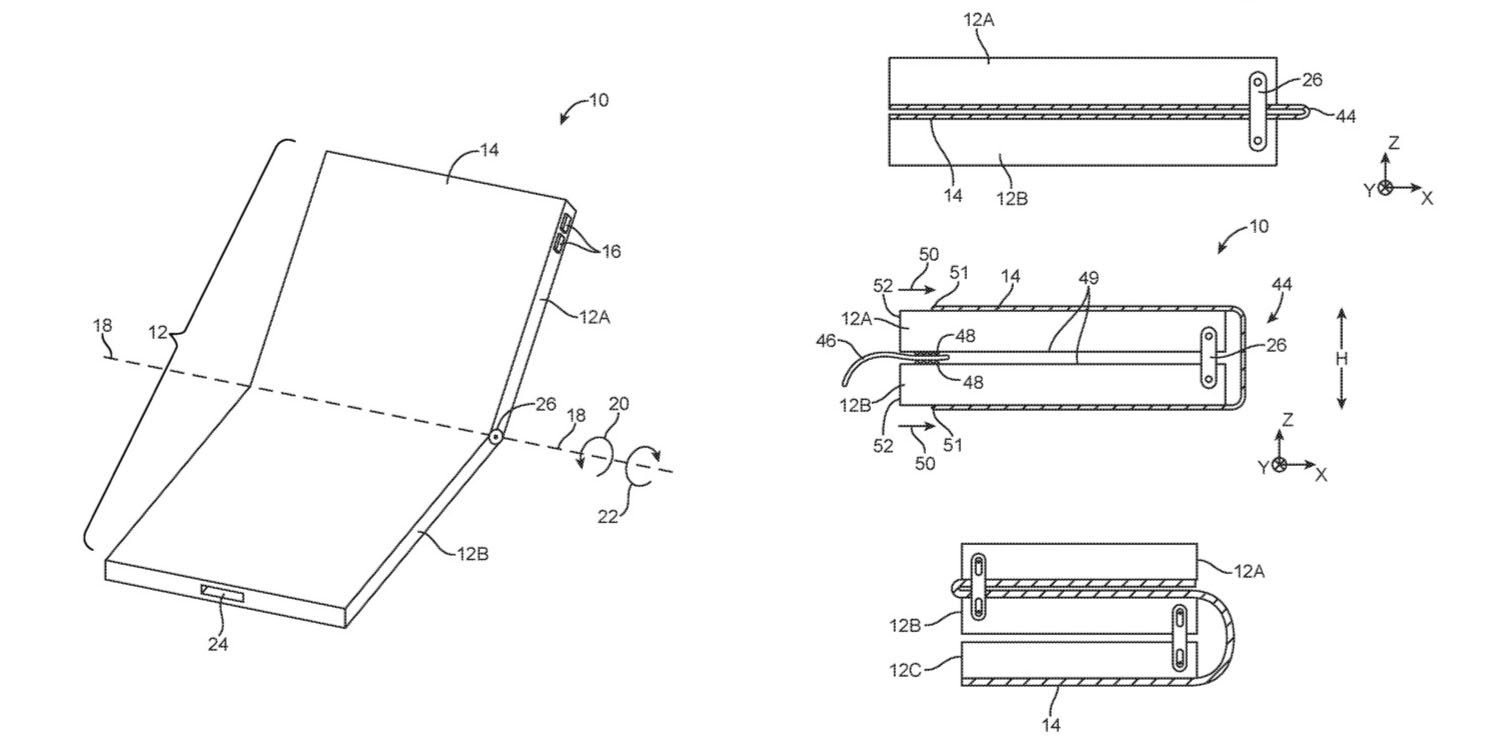 Folding iPhones are something the tech community has been looking forward to since Samsung’s debut of flexible OLED panels at the Consumer Electronics Show in 2013. Unfortunately, the concept has not lived up to its fruition in the past few months. With the disaster of the Galaxy Fold and its abrupt cancellation so that a more robust design would be able to protect the display from external damage and Huawei’s postponing of its Mate X proves that we are far from a design which would be more than a gimmick.

Although the concept is futuristic and has a lot of potential, its execution has been rather a mere glimpse of what the future can hold. Although Apple is not at the forefront of this technology, they are creating and refining a design which will not only catch eyes but be used in an everyday lifestyle by increasing the productivity of the user. We can see this running ties to the release of the first iPhone.

At the time, Blackberry and other so-called “smartphones” had hardware keyboards combined with a touchscreen which would capture an unreliable number of touch inputs from the hand (hence the use of a stylus). Once the iPhone was released, Blackberry, along with a number of other phone manufacturers had to return to the drawing board and took a number of design elements from the iPhone. Up to this day, iPhones are used throughout the world and receive the most notoriety because of its optimization in hardware and seamless UI.

We can also see this phenomena when Apple released the Macintosh in 1984. Steve Jobs pushed for a graphical interface where it can relate to human interaction. This is most famously denoted in the drama Steve Jobs (2015) where Michael Fassbender quotes Jobs’ intent with this radical new idea.

“If I wanna tell you there’s a spot on your shirt, I point to the spot. I don’t say there’s a spot 14 centimeters down from the collar and three centimeters to the right of the second button while I try to remember what the command is for club soda. That’s not how a person’s mind works.”

With its release, Apple changed the personal computing industry forever, influencing Windows and Linux to adapt these key elements into their own machines. Apple’s commitment to design and user interaction allows them to innovate and create a device which is meaningful. In 2017, Apple invested $200 million dollars into Corning in order to develop a bendable iteration of glass which would be bonded to the OLED panels used in foldable phones. Two years later and Corning debuted what is now a “3-to-5-millimeter bend radii” for a 0.1 mm thick glass. This, along with a patent which would heat the display to prevent damage to the display in cold weather, proves that rather than using less durable materials like the plastic on the Mate X and Galaxy Fold, Apple is waiting until the right moment where that Westworld concept would come to fruition.