Doctor Who is a series that has been around for over 50 years, and no matter what age you are, there is something for everyone in the series. The good news is that there are plenty of ways to stream the show on its glorious day!

The reason today is Doctor Who Day is that the show premiered back on November 23, 1963. Yes, the show has been on that long.

For starters, to stream “The Day of the Doctor” episode, which is the show’s 50th anniversary special that has the 11th Doctor, 10th Doctor and War Doctor in it, you can currently stream it on Prime Video.

The same can be said for the new Doctor Who (2005-present) series for seasons 1-10 that can be found to stream (again) on Prime Video. To watch and stream season 11, it can be purchased on the Apple TV app for $25.99.

As for the 1996 Doctor Who TV movie, there are not really any places to stream that, or at least not through providers like Prime Video, Netflix or Hulu. Heck, even iTunes and the Apple TV app don’t have it, which says something.

We hope that you have a good day (and perhaps an entire weekend) watching both classic and new Doctor Who. It has been a show that continues to have a strong and dedicated fanbase, and I have no doubt that that will be the case for years to come.

Staples is not one of the most well-known companies that has big Apple product deals and sales, but… 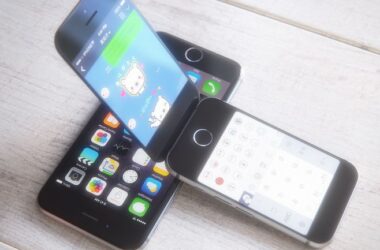 According to a new report written by Bloomberg’s Mark Gurman, Apple is working on future iPhone models that…

As the world becomes more connected there is a growing concern for ones virtual privacy and safety. Recently…