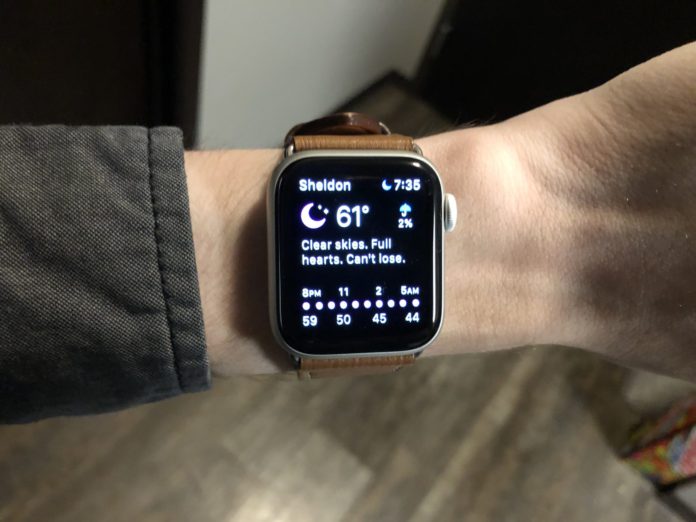 Late into the summer this year, I surpassed my two-year anniversary for using CARROT Weather, which is a popular premium weather app in the App Store.

During the time I have been using the app on my iPhone, I have also put it on my iPad, Apple Watch, Mac, and even my Apple TV.

Over the last few years, I have lived in multiple homes in Iowa and Nebraska, so when it comes to my weather, I like to have detailed forecasts that are as accurate as can be and that is where CARROT has been able to deliver for me.

Even last year, I watched in my hometown, which let’s just say is in the central midwest, be told by local news stations it was going to have a snowstorm come through in the third week of January, with 4-6 inches of snow expected. Meanwhile, CARROT was telling me we were supposed to get just an inch of snow.

I played it out and decided to see which would be right; the local news stations or a premium ad-free weather app.

When the day of the “snowstorm” came, we got a flurry of snow that came out to just about an inch of snow, at most.

The following week, the same conditions presented themselves again and I once again had to quietly prove my point.

Again, the local media outlets said we were supposed to get 4-5 inches of snow and CARROT told me we were going to get less than an inch of snow and some ice.

When the day came, we ended up getting less than an inch of snow and ice.

The conclusion that I came to was that in 2019, when I originally did this “study,” was I was truly better off paying for a weather app than I was expecting another entity to get it right.

In addition to getting accurate weather, the app has amazing notifications on the iPhone and Apple Watch. It will notify me, in some cases even before the built-in alerts from Apple, when there is severe weather in the area like a severe thunderstorm or tornado warning.

CARROT’s radars are pretty stunning, as you get a great view of your area and the incoming weather (if there is any). Perhaps it is just me, but I think the snow on it looks great. The shade of blue the app uses to show the snow is truly one of my favorites.

The Mac version has its positives parts too, such as giving me notifications when bad weather comes near me. You have no idea how important this is. Whether I am writing an article for Appleosophy, watching YouTube videos or browsing the web, getting those notifications can be a lifesaver and give you time to hit the deck, if necessary.

Honestly, I can say without a doubt that it is probably one of my most-used apps over the years and is an app that I can trust to get an important task done.

The only aspect of the app I do not like, which is at no fault of the app or developer, is I would like to use Siri Shortcuts on my HomePod. So, when I say, “Hey Siri, weather report,” that Siri gets my weather information from CARROT instead of its default source through The Weather Channel.

Another feature I would like to see added is weather notifications on the Apple TV. I know Apple has not enabled the feature in its newest version of tvOS, but if you think about it, it could be very important.

Many people do not have cable or satellite TV anymore and are simply not watching as much live network TV anymore, so the chances of them seeing local weather alerts on their TV are slim-to-none.

Since most people now are streaming Netflix, Hulu, Prime Video and live TV streaming services, it would be good for CARROT Weather’s tvOS app to give you notifications when severe weather is in the area and when you might need to protect yourself from it.

To put it another way, if Apple can send me a notification when the Indianapolis Colts game is on or is close in the fourth quarter, then I think it is time they enable notifications for third-party apps like CARROT.

If anything, the only update I would like to see from CARROT that the developer of the app could have would be to add a radar to its tvOS app. It’s a feature I have wanted for a while and I think it would complete the app for now (pending Apple enables notifications on tvOS devices).

To find out more about CARROT Weather, its tiers and he features in them, click here. We also have a review of Tier 3 too.

What do you think of CARROT Weather? Do you use the app, and if so, what has your experience been with it? Has this article encouraged you to get and try out CARROT? Let us know on Twitter at @appleosophy.