Patch on iPhone 12 Edge is a 5G Antenna Exclusive to U.S iPhone 12 Models 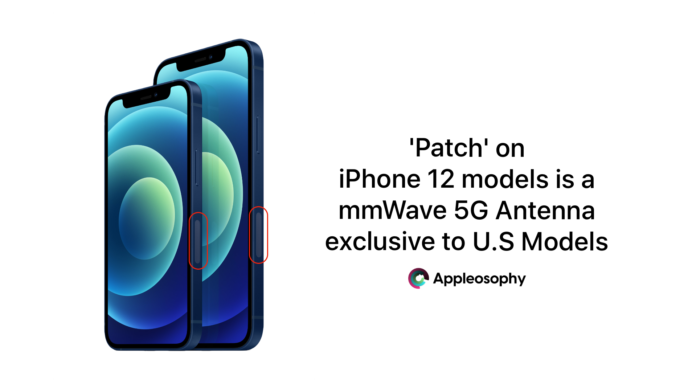 Apple unveiled its next generation of iPhones today, with many curious on a ‘patch’ on the side of the iPhone 12 series. Many have suspected it is a wireless charger for the Apple Pencil or Touch ID. The Verge has confirmed it is a mmWave 5G antenna.

mmWave 5G is exclusive to U.S models of the iPhone 12 series. The image below shows the device on the left (U.S Model) with an antenna window, whereas the international version of the iPhone on the right does not feature that patch. An image created by The Verge shows the difference.

The patch was first discovered when leaked schematics of the device a few months ago surfaced. Many had speculated the patch to be a Smart Connector or an Apple Pencil charging pad. However when 5G rumors surfaced, it was indicted it was for 5G.