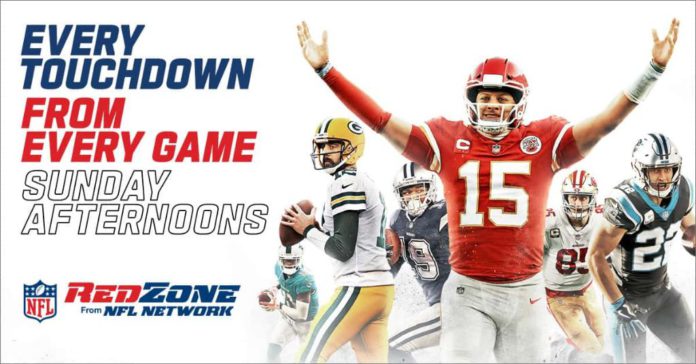 Over the weekend, I had the opportunity to use NFL RedZone since Sling TV had a free preview of it. This was also a time where I could show it to my mom for the first time, as she is a bigger football fan than me nowadays.

For those who do not know, NFL RedZone shows you every touchdown and big play during the 1 p.m. and 4 p.m. ET games every Sunday during the NFL’s regular season.

In all honesty, you could call it the perfect NFL channel for fans with ADD/ADHD who cannot focus and watch two times each drive. With RedZone, you see exactly what you want; the scores.

Announcer Scott Hanson from NFL Network does an excellent job providing commentary of the games going on, as well as up to the minute news from other games going on. This includes when a player gets hurt or what team gets a penalty, who it’s on and how it could impact the rest of the game.

Another aspect that is great about the channel is it does not have any ads, giving you the viewer truly all of the games at once and a block of time where you will not be bombarded with someone trying to sell you something.

Granted, that is how most media companies work, including us here at Appleosophy. However, since people are required to pay extra to get this channel, they should at least be getting it with no ads.

Still, the service does still have graphic ads such as Amazon and Chevrolet. There are other ads such as alcohol and other banner ads with the service too. It will not have a set commercial break, though.

The only fault that I saw with the service is it does seem to show some teams more than other and that the constant flip-flopping between games can get annoying on the eye.

Other than that those tiny problems, this is a fine channel to pay for. I’d give it 4/4 stars for what it provides and the price that users pay.

Unfortuantely, the channel is not available to purchase as a standalone streaming service.

All of the streaming services mentioned above are available to stream on the iPhone, iPod Touch, iPad, Apple TV and Mac.

Do you or your family stream NFL RedZone? Let us know on Twitter at @appleosophy.