Exclusive: AirTags and Third-Party Accessory Support in Find My 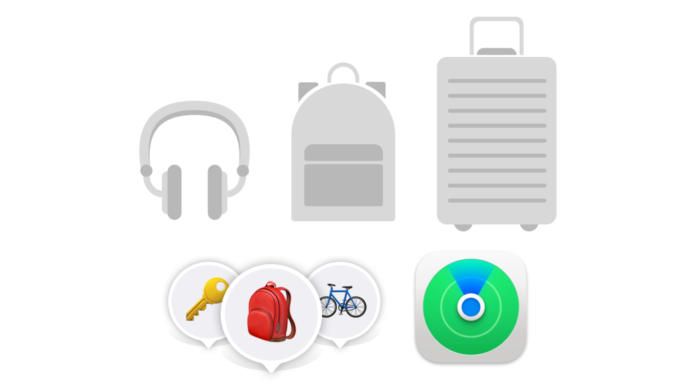 Apple recently released the first iOS 14.3 beta to developers. Included in system files, glyphs were discovered of the rumored AirPods Studio. Find My now includes a hidden section with the codename ‘Hawkeye’, which is support for tracking accessories including AirTags.

Other glyphs were discovered, including headphones, a backpack, and luggage. Reported earlier this week as AirPods Studio, these may not be the final design or the AirPods Studio, as the file name includes ‘TEMP-ICON’ potentially meaning it is a placeholder for a final image.

Discovered by Appleosophy Editor Pururaj Dutta in April, an Apple Support video confirmed the naming AirTag’s in the Find My section of iCloud. The video tutorial that AirTags were discovered in was ‘How to erase your iPhone’. In the video the following was discovered, a toggle which ‘Enables your iPhone and other supported accessories to be shown on the map’ and ‘Enable Offline Finding’ which AirTags are listed under. Read more about it here.

AirTags are a tracking device by Apple which has been leaked and rumored several times. AirTags are expected to feature UWB technology, similar to the iPhone 11 and 12 series, Apple Watch Series 6, and HomePod mini. They are also rumored to be Qi charging compatible, which was discovered on Twitter by @caleblin_apple. The Tweet below shows AirTags and MagSafe.

Here is a guide on charging AirTagls supposedly sent by Apple for print tests before mass production. AirPower is back? This is different to leaks saying a swappable coin battery would be used 🤔

There is no date of when we expect to see AirTags, with leakers often changing their dates due to various manufacturing reasons, though we expect to see them debut alongside AirPods Studio In March.

Have a look at our AirTags concept: