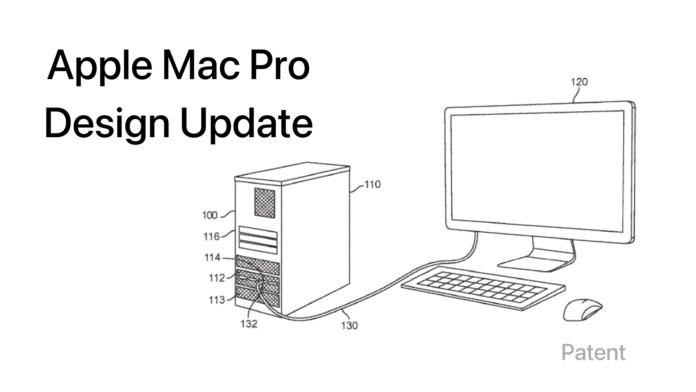 At the “One More Thing” event back in November, Apple announced its new MacBooks with the M1 Silicon Processor. Apple has started with the transition by updating the MacBook Pro, MacBook Air, and Mac Mini with the new Apple M1.

There has been some news circling about Apple not only making the internal changes but also planning to update the design of its infamous Mac Pro.

According to Bloomberg, Apple is working on making the Mac Pro smaller and portable.

Apple engineers are currently developing a new ‌Mac Pro‌ that looks like the current design at about half the size. It’s unclear if that Mac will replace the current ‌Mac Pro‌ or if it’s an additional model. Apple’s chip designs could help the company reduce the size of its computers due to increased power efficiency, but the current ‌Mac Pro‌ is large, in part, to fit components like additional storage drives and graphics chips.

Patently Apple spotted a new patent which was filed by Apple in the US Patent and Trademark Office. The patent does not show the front side of the Mac Pro, but the rear has the “Cheese Grater” Design around the Ports section. It also mentions that Apple might shift from the “twist and lift” design with a side door. The M1 Mac Pro will still be customizable for the users who want to add more RAM, Graphics Card, etc.

It is still unsure if Apple will shift to a design change anywhere in the near future, but with the patent filed, it gives the customers a ray of hope. Apple is also working on a 16-inch MacBook Pro with a faster M1X Chip and other MacBooks which will be released in early 2021.