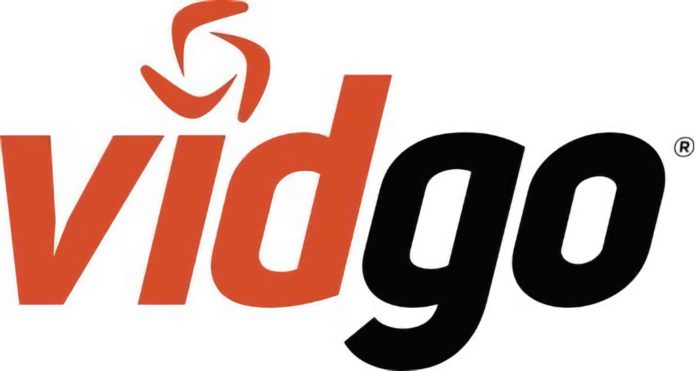 During the last couple of months, I have had the opportunity to try out the other not-as-well-known live TV streaming service, Vidgo.

The service has made a lot of changes, compared to this time last year and I thought it would be a good time to show you all just exactly what this service is capable of.

For starters, let’s lead off this review with its channel selection.

Vidgo currently has 85+ channels to pick and choose from, including local ABC and FOX stations in select markets.

Having access to my local FOX station has come in handy this year because it has allowed me to watch my favorite TV show, “Last Man Standing,” on FOX live when the new episodes air.

It was also cool to see my local Des Moines, Iowa ABC station as one of the stations that is available on Vidgo to stream.

For sports fans, it is a good selection of channels since it includes ESPN networks, FOX Sports networks (not including regional stations), Big Ten Network (BTN), PAC 12 Networks, NFL Network and NFL RedZone.

For NFL fans, NFL RedZone is included with the service at no additional cost, which is a feature of both Sling TV and YouTube TV.

However, if you’re not a football or sports fan, there is still plenty to watch, including the Hallmark networks, Disney networks, Nickelodeon channels, Comedy Central, Lifetime, INSP, TV Land and the newly added WGN America.

Needless to say, Vidgo has something for the whole family here.

I would also like to point out that users with Vidgo can use their accounts to sign into apps like the Oprah Winfrey Network (OWN), Comedy Central and others.

While I was home for Christmas (and when a lot of these photos were taken, but not all of them), my mom took full advantage of this to stream reruns of “Dr. Phil” on OWN from the OWN app on her Amazon Fire TV.

When it comes to streaming and video quality, the service does a good job at keeping a clear stream. I’m not going to say that there haven’t been times when this has been an issue, but on the other hand, there has yet to be a streaming service created where buffering has never been an issue.

You also have to factor in when you are streaming big or primetime events, there will always be some sort of issue with the stream, or at least don’t rule it out at any point.

In the photo below, you can get an idea of what Vidgo is like when either a channel has a lot of viewers or your internet connection is not that great.

One feature in particular that Vidgo has this year that it did not have when I reviewed the service last year was on-demand content. This means that if you find content from channels like TV Land, Nickelodeon, TeenNick, Hallmark Channel, you will be able to watch its on-demand.

The only issue I have seen with this is that it is hard to find and access on the iPhone and iPad. The way to do it is to simply search for the show you are looking for in the “Search TV” section in the TV guide in the apps.

I had no issues accessing it on Vidgo’s tvOS app though, which could be a sign of things to come for the service.

What Vidgo needs to do in order to improve its service is add more local stations and add more networks to that. This means getting CBS and NBC on there so it can be a bigger competitor with the likes of YouTube TV and Hulu with Live TV.

Another tiny issue I have found in its iPadOS app is when I am streaming content, the iPad’s date, time and battery percentage and icon do not go away (as you can see from the iPad photo above). When I am watching TV on it, I want to get submerged in it and not see things like what day it is or how close my iPad battery is to dying.

Overall, given the massive improvements the service has made over the course of the past year, Vidgo gets 3/4 stars in our book. It is a streaming service with the potential to disrupt the live TV streaming industry, especially as it is $10 a month cheaper than YouTube TV, Hulu with Live TV and fuboTV.

At this time, you can get Vidgo for $10 a month for the first two months and then $54.99 a month after the two-month sale is over.

You can click here to sign up for Vidgo and see if it’s a streaming service for your everyday life.