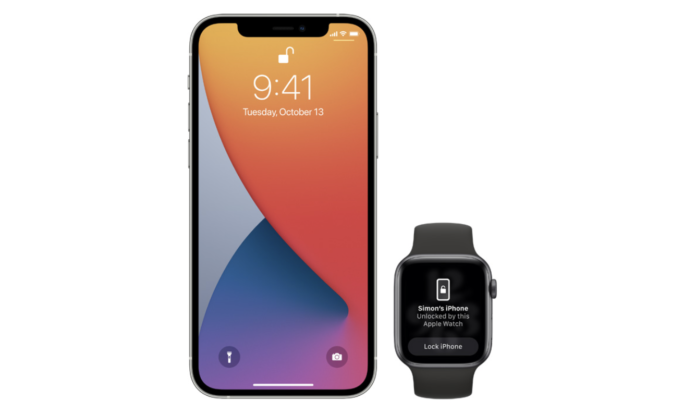 A big change in iOS 14 has been released by Apple.

Apple officially released iOS 14.5 on Monday, April 26, and with it come a variety of changes and additions to the mobile operating system.

The first is that those who are wearing a mask and are trying to unlock their iPhone with Face ID can now use their Apple Watch for verification.

This means that if a user is wearing their Apple Watch and trying to unlock their iPhone, like with how the newer MacBooks unlock with Apple Watch verification, the iPhone will also do the same with this new update.

That feature will work on all iPhones with Face ID and any Apple Watch that is a Series 3 or newer.

Siri has also been updated to no longer have its default female voice. From now on when setting up the device, users will be prompted to add which gender of voice they want for Siri, as well as what language Siri speaks too.

Additionally, Siri has support for Group FaceTime, which makes it easier for users to set up a Group FaceTime call instead of having to add everyone to the call manually.

Calls that come through devices like AirPods or Beats headphones can now be told by Siri. With this feature, when someone is getting a call, Siri can tell the person via their AirPods or Beats who is calling.

Apple has added more privacy options and features for its users. With the new App Tracking Transparency, users will be asked to give permission to apps to track their data.

iOS 14.5 brings a new set of emojis as well that can be viewed below.

Those who use Apple Maps can now report incidents right from their iPhone, meaning that if a user sees a car wreck on the interstate or just an accident that has happened outside their home, they open Apple Maps and report it for others to see and hopefully avoid, or at least be aware of.

Other new features of iOS 14.5 include support for AirTags (which are being released on Friday, April 30), a redesigned Apple Podcasts app, a redesigned News+ tab in the Apple News app that makes it easier to find newspapers and magazines, as well as download them, 5G coverage improvements and updates to the Reminders app that can organized by priority, due date, or creation date, and offers the option to print reminder lists.

To access the new update, simply go to the Settings app, go to General and then tap on the Software Update bar to get that process started.

What are your thoughts on the new iOS 14.5 update? Do you plan on downloading it today? Comment below or let us know on Twitter at @appleosophy.