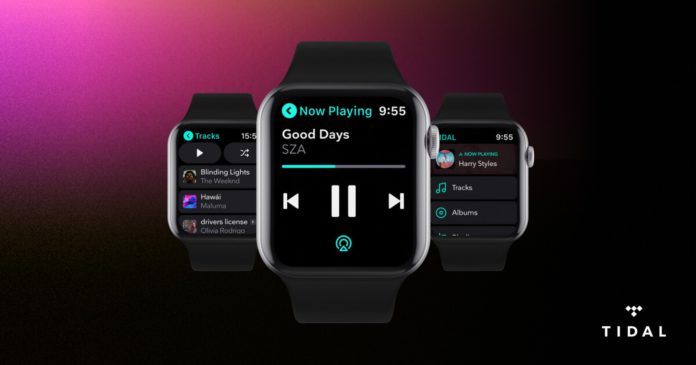 TIDAL users now have something else to be on the watch for.

TIDAL is a music streaming service not as many people talk about due to the major focus on Apple Music and Spotify. However, it is a service that still exists and just released a new version of its app that gives it support for the Apple Watch.

In Version 2.26.0, TIDAL now has its own app on the Apple Watch. This means that users can use and navigate the music streaming directly from their Apple Watch.

Users will have the option to choose which playlist, song, artist or album they want to listen to all from this new app and all on their wrist. Content from the app can be listened to offline as well.

What do you think of TIDAL getting Apple Watch support? Comment below or let us know on Twitter at @appleosophy.