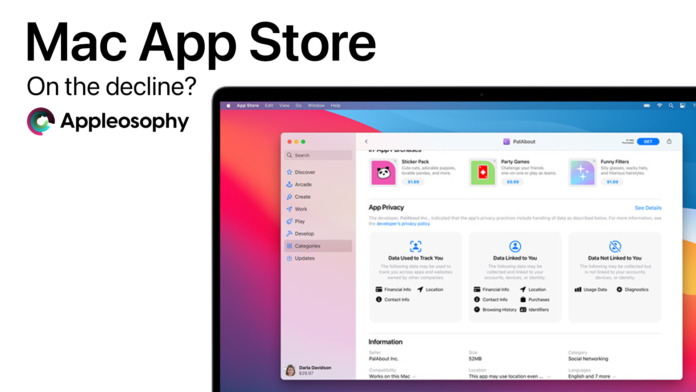 New research from app analysis firm AppFigures, show the number of new apps submitted by developers to the Mac App Store have been steadily declining since the start of 2021.

Recently, no major new apps have been released through Apple’s Mac App Store, with only 400 apps being released in January this year. In June, the numbed had dropped to 300, and August’s forecast is estimated to be 200. Below is a chart provided by AppFigures outlining new Mac App Releases through the app store.

Unlike iOS and iPadOS, macOS users can install applications outside the Mac App Store, direct from the developer or other sources.

Apple with the release of their new M1 silicon, was expecting developers to release their iOS and iPadOS apps on the Mac App Store, allowing M1 users further functionality. To this day, only a few select apps have been made available, with many available, not certified for macOS.

Let us know your thoughts and experiences with the Mac App Store in the comments below.