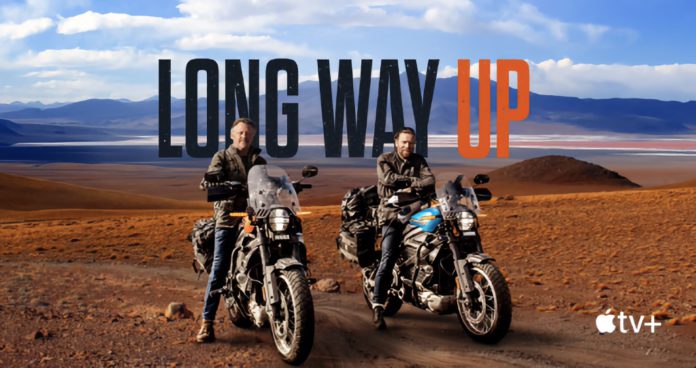 We recently reported that the Apple TV+ mini-series “Defending Jacob” is currently available to purchase on DVD and Blu-ray, yet another piece of content in the Apple TV carousel is also getting a physical release.

The documentary “Long Way Up” starring Ewan McGregor and Charley Boorman looks as though it is going to be getting released on DVD.

Customers cannot pre-order “Long Way Up” from the website yet but can enter their email to be notified with information and news surrounding the DVD release of the documentary.

The website does accept Apple Pay for those who are going to want to pay that way, which would also mean 2% Daily Cash for Apple Card users.

Of course, the documentary can currently be streamed from Apple TV+ in the Apple TV app. Apple TV+ costs $4.99 a month after a week-long free trial.

Will you be getting “Long Way Up” when it is eventually released on DVD? What are your thoughts on the select DVDs being released from Apple TV+ content? Comment below or let us know on Twitter at @appleosophy.

Waiting anxiously for the dvd. In Arlington , vermont.
For a Harley friend who does not have Apple TV.
For xmas would be ideal
When is it going to be available?
Thank you
CArolyn

When is long way up on dvd

One year later and still no release. What gives?