Apple opened the doors of its newly relocated store located at The Grove shopping area in Los Angeles on Friday, November 19. The old store was opened in 2002 and has attracted more than 27 million customers in the past. The new store is said to be twice the size of the previous one.

An unforgettable evening with @JasonSudeikis and the cast of @TedLasso! Thank you for spending time with us in our beautiful new store, Apple The Grove, ahead of our grand opening tomorrow! pic.twitter.com/2J0QtVqSE1

This is Apple’s first-ever store with mirrored ceiling. It will enable the Los Angeles community to discover Apple’s products and services, shop, get support, and participate in free “Today at Apple” sessions or popular Photo Walks at The Grove.

The store’s mirrored ceiling enhances the interior of the store. This store also features 16 ficus trees on the inside. Apple also gave out T-shirts to celebrate the opening of this store. 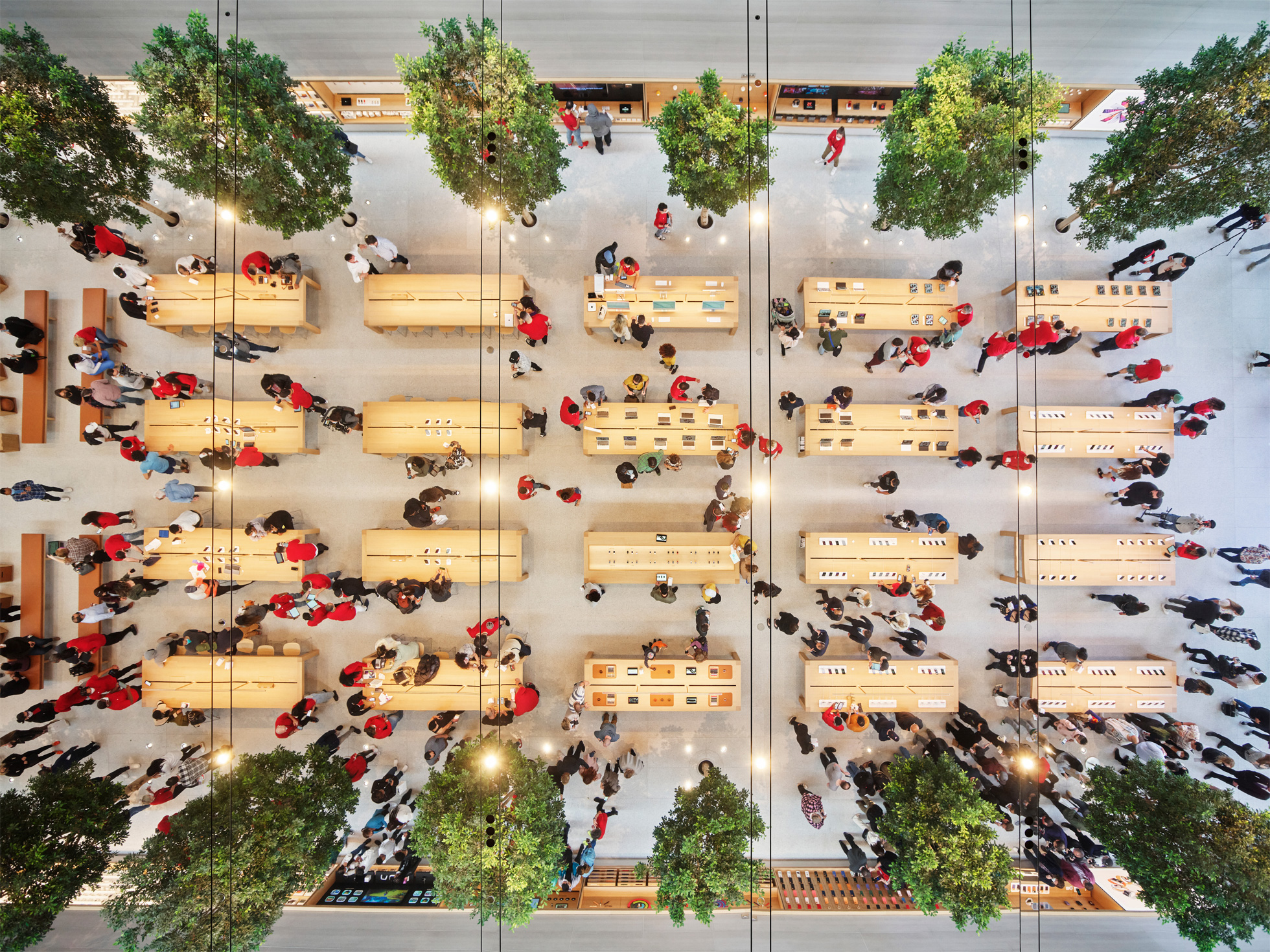 Apple announced the opening of this store last Tuesday (9th November) along with this year’s Holiday Gifting Guide and personalized holiday cards from “Today at Apple” sessions.

Today Apple has announced that it’s controversial child safety features have been delayed after feedback from various groups.…