Apple has wrapped up its “Peek Performance” event, and the star of the show is clearly the Mac Studio and the Studio Display. This all-new desktop setup combines the power and performance of the M1 Max/Ultra in the same footprint as that of the Mac mini.

The Mac Studio is a class of its own. With a square footprint of 7.7 inches and a height of only 3.7 inches, don’t be fool by its size. The machine is designed to give you super high-end performance for your specific workflows from photo/video editing to software development. When looking at the most advance technologies of M1 Ultra, Mac Studio is even faster than any of these machines. 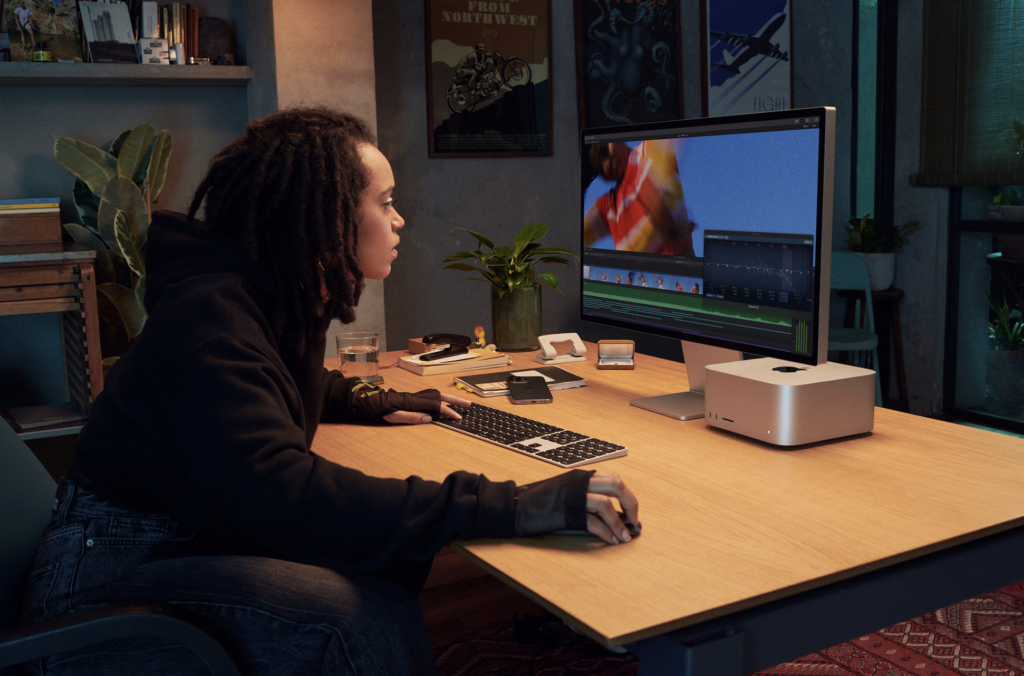 The main point is that it’s really fast, but it’s by no means a Mac Pro replacement. That’s for another day.

Because of its modular design, it is the most versatile Mac Apple has ever introduced with a plethora of ports so connecting your everyday accessories is just within arm’s reach. On the back, you have:

The front of the system offers:

As the complement to the Apple Studio, Apple is bringing back its official monitor for the rest of us called the “Studio Display”, and this time, it is beyond a true replacement for the Thunderbolt Display.

From the creators of the Pro Display XDR and 24-inch iMac, not only does this monitor feature an expansive 27-inch 5K Retina screen, but also it features the A13 Bionic chip. Putting Apple Silicon in a display for the very first time is essential for delivering an integrated Mac setup with the best camera / audio experience ever for a Mac user. When paired with the 12MP Ultra Wide camera, Studio Display brings Center Stage from iPad to the Mac for the very first time. With the built-in studio-quality, three-microphone array and high-fidelity six-speaker sound system, the audio processing technology in the A13 allows for crystal-clear calls and voice recordings as well as spatial audio with Dolby Atmos. 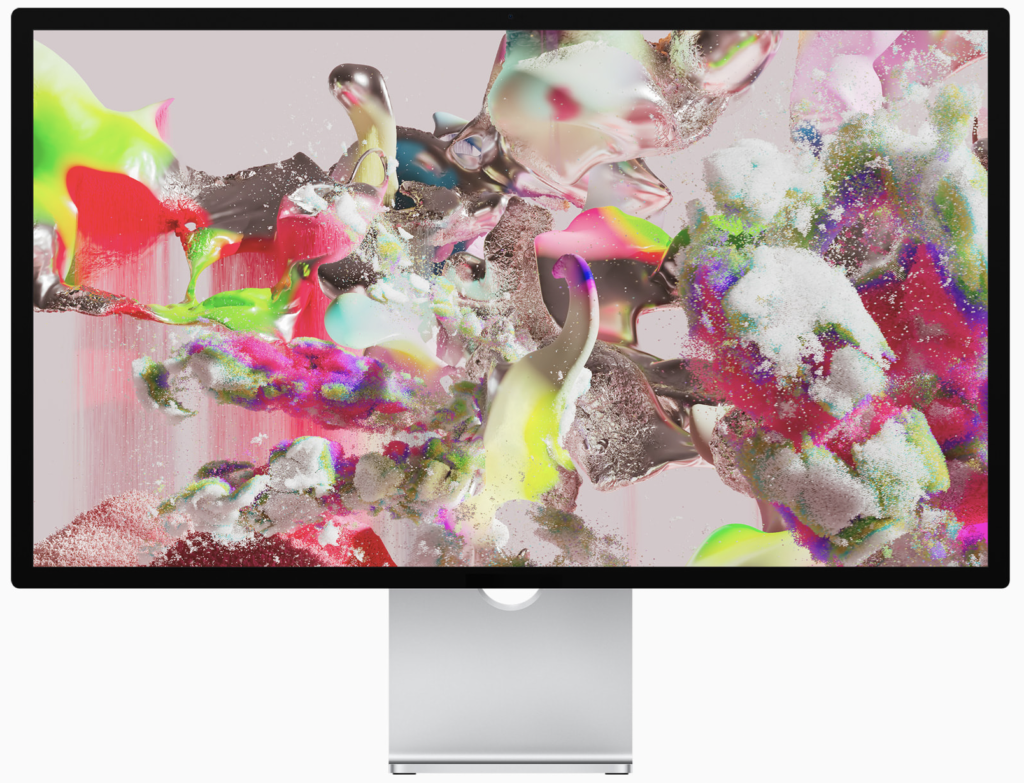 On the back, you’ll find three USB-C ports that deliver speeds up to 10Gb/s, so you can connect all of your favorite high-speed accessories with ease. The Thunderbolt port allows users to connect any Mac with just one cable, which gives a more simplistic Mac setup. At the same time, the cable can charge any MacBook, even fast-charging a 14-inch MacBook Pro. 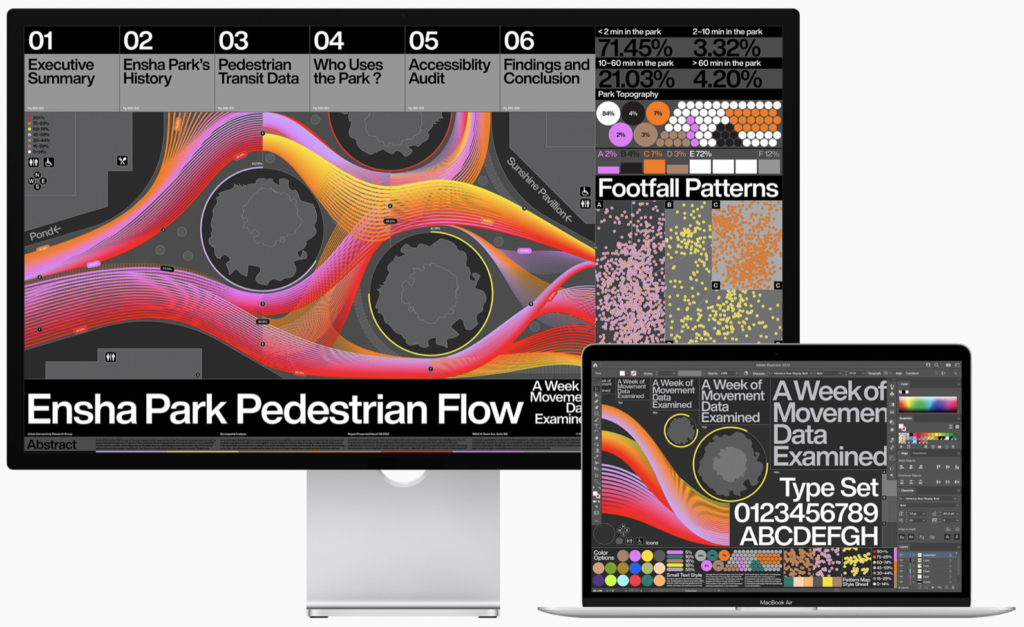 To go with the Studio Display, Apple now offers the Magic Keyboard with Touch ID and Numeric Keypad, Magic Trackpad, and Magic Touch in a  silver-and-black finish as standalone accessories. These accessories are similar to those bundled with the Mac Pro, yet with rounded corners to match Apple’s current design for the Studio Display.

To take advantage of the best setup experience that Studio Display has to offer, you’ll need any Mac models that run macOS Monterey 12.3 or later or an iPad model running iPadOS 15.4 or later:

It’s really nice to see that Apple introducing, or rather reviving, a different product category for its Mac users. Back in 2000, Apple offered a computer in a form of a minitower called the “Power Mac G4 Cube”, and it sat between the iMac and Power Mac in the lineup. With the Mac Studio, Mac users can experience the extreme capabilities that Apple Silicon has to offer, which allows users to push the limits on what they can do with the Mac.

Up until 2016, Apple had offered a lineup of displays to cater every Mac user who wants the best experience. With the Studio Display, Apple takes the display experience to a whole new level, thanks to the advancements of Apple Silicon.

What do you think about this most exciting product that Apple introduced this year? Let us know in the comments below. Stay tuned for further announcements regarding this month’s event.