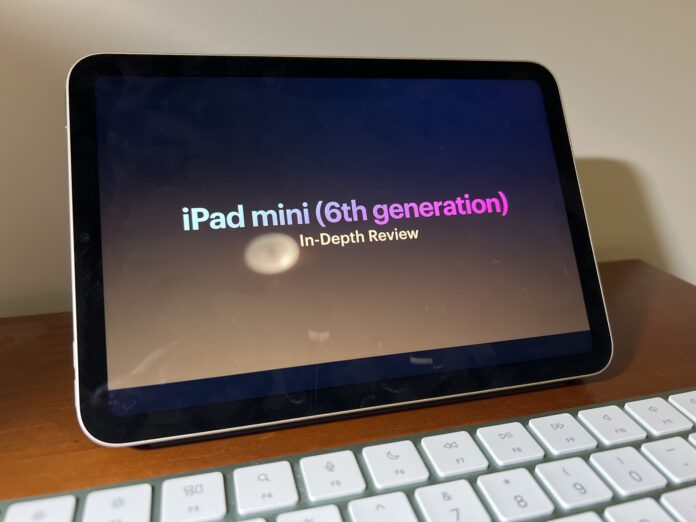 Eventually, I stopped using my iPad because it was starting to get sluggish to work with. After not owning an iPad for a few years, I started to become more interested in the iPad lineup as the big company has introduced major features for the device in both the hardware and software aspects. I’d find an iPad handy, especially if I were to take notes in class. Not to mention that it’s much more portable to carry around campus than my MacBook.

Fast forward to 2018, I was in the market for an iPad. However, I ended up opting for the 10.5″ iPad Pro because Apple hadn’t introduced a newer generation of the mini since 2015. While I loved all the features the Pro had to offer, I still wished for a more compact form factor but with modern specs this time.

Earlier this year, I bought the iPad mini 5 to see if I could get good use out of a small tablet. After a few months of “testing”, I’ve found the compact size to be very nice to hold. Then, I’ve decided to go all out with the latest iPad mini. Now that I’ve owned the iPad mini 6 for over two months, here’s my in-depth review of the device.

First, let’s start with the design. As with other products that Apple designed, it’s minimalistic at its finest. I always appreciate the details that Apple pays attention to, especially the flat edges and rounded corners on both the exterior and the display itself. I went with the Starlight finish because it’s the most neutral color that Apple offers. I think the Starlight finish looks nice on this tiny tablet. In certain lighting conditions, I would say this finish looks more like silver. I’m not too much of a fan of the other new color that Apple offers for the mini lineup. If Apple were to offer the new Blue color from the Air 5, then that would go with that one.

If I’m being honest with you, I’ve got to say that this tablet looks more like an Android tablet that was from some competitor that copied Apple’s iPhone hardware & software and ironically manufactures components for Apple products such as system-on-chips and displays. Jokes aside, the reason being is that this display has a wider aspect ratio than the usual 4:3 that other models had for years, not to mention the uniform bezels make it even stand out more than older iPads.

Speaking of the display, its size was increased from 7.9″ to 8.3″, and it goes edge-to-edge. It’s certainly a win-win to have a larger display while keeping the same footprint. It’s also worth mentioning that this device has uniform bezels around the display. Even though they’re not as thin as those of the latest iPad Pros, it should be a bad thing at all as you’re most likely going to hold the device with both hands. Thus, your hands would obstruct less of the screen. The side bezels of the 10.5″ Pro are super thin that I was afraid of accidental presses.

It’s still important to note that this display is still an LCD instead of the XDR (Extreme Dynamic Range) ones found in the latest iPhones and 12.9″ iPad Pro. Unlike the 10.5″ iPad Pro, the mini 6 also lacks ProMotion technology that has just made its way to the latest MacBook Pro and iPhone 13 Pro, which I’ve had for over a month. Sometimes, I’d notice the “refresh rate” downgrade when coming from an iPhone 13 Pro. However, once I use the mini more, the lack of ProMotion and extreme dynamic range isn’t a deal breaker after all. Nonetheless, this display is still up to Apple’s standards for a display on any of the lower-end products. It’s an absolute joy to watch movies on this device. Because the mini 6 now has a wider display, the cinematic black bars would look even slimmer, so widescreen content would appear larger on the tablet.

Let’s talk about the hardware buttons. For starters, the volume buttons dynamically adjust depending on the orientation of the device. For example, in landscape orientation, the top button in the landscape will always be “Volume Up”, and the bottom button will always be “Volume Down”. The same rule applies to portrait orientation (right is Up/left is Down). The top button probably has the most advanced biometric sensor ever on a hardware button. Even though this iPad has a Touch ID sensor, I’m still impressed with how fast it is to unlock this iPad if not faster than to unlock previous models with Touch ID. I’d still prefer the more seamless approach with Face ID where I can just tap on the screen, and the device automatically detects my face to unlock. Still, Touch ID is here to stay as a more cost-effective biometric feature.

This ultra-compact footprint provides a lot of nice benefits that an everyday user would appreciate. For one, you can easily hold the tablet in the palm of your hand, especially when you read books in bed. Secondly, it’s even useful for handheld gaming. Not only you can hold the tablet for longer periods because of its portability, but also, since you’re most likely gaming in landscape mode, the controls would be much easier to reach with your fingers. The latest A15 chip makes the iPad mini 6 a perfect device for casual gaming. The performance gains from the A10X are noticeable when playing games, including loading up the game and switching to different levels. I still have to be careful on how I hold my tablet in landscape because sometimes, I’d end up pressing the “top” button with my palm, which would put the iPad to sleep and interrupt my gaming session. The better solution for me is to still hold the iPad in landscape, but with the “top” button on the left side.

Let’s talk about the speakers in the iPad mini 6. Just like with iPad Air, the mini comes with landscape stereo speakers. This is a dramatic improvement over the previous iPad mini’s speaker layout on the bottom because both the left and right channels would output audio in one direction, so you wouldn’t be getting a true stereo experience when you play music or movies that were meant to be heard. With the current mini in landscape mode, you’re getting a much better listening experience since the left channel would play from the left side and the same thing with the right channel. Plus, similar to the speaker technology found in the iPad Pro, this tablet dynamically adjusts the stereo speakers based on the orientation. So no matter which orientation you hold, the left channel will always play on the left speaker, and the same thing applies with the right channel and speaker. Along with the advanced display, the much-improved speaker system makes the portable experience of listening to music and watching movies a whole lot better.

I appreciate the fact that this tablet brings the most versatile port, USB-C, for the very first time because this tablet can connect to a much wider ecosystem of USB-C accessories, even third-party ones. One time, when I was in Greece, I used my USB-C dongle to transfer my GoPro footage onto my iPad. This adapter supports passthrough charging via USB-C, so I can both charge and transfer videos using just that USB-C port on the iPad. Given that the battery is relatively smaller than those of the larger iPads, and file transfers would drain the battery faster, using such an adapter could alleviate the fear of a drained battery in the middle of daily file transfers. I should also mention you could also connect the Mac’s Magic Keyboard or Trackpad directly to the iPad with a Lightning to USB-C cable. So if you have such a keyboard, you probably wouldn’t need to spend extra on a Bluetooth keyboard. Also, Apple has never made an official Magic Keyboard for the iPad mini, given its small size.

When it comes to accessories for my tablet, I’ve not purchased an Apple Pencil 2, but I did purchase the official Smart Folio case. I went with the black one since that’s a more neutral color that goes well with the starlight finish I have for the tablet. Using the Smart Folio has never been easier. Because this tablet has magnets built-in, the Folio seamlessly aligns with the tablet, so it’s really simple to put on and remove. Additionally, the Folio’s magnets are strong enough for their intended purpose to keep your iPad protected front and back as they always stay in place. Finally, I love the minimalist design that the Folio provides because it still keeps the mini just as thin without too much bulk.

All in all, I’ve enjoyed using my iPad mini as my daily driver. The improvements that Apple made on the 6th generation over the 5th are night and day. Besides the iPad Air, I think Apple has hit a home run when it comes to offering the perfect balance between power and compactness as it combines many of the features found in the iPad Pro in a similar, but smaller design.

For me, the iPad mini perfectly sits between my iPhone 13 Pro and my iMac because this tablet is better at doing casual stuff than I would do on my iPad Pro, but in a lighter package. I know that Apple raised the starting price by $100 for this generation, but I think the price increase is well worth it for all the features you’re paying for, including the modern design of the iPad.

The model I have is this configuration: Starlight / 256GB storage / WiFi only. The 64GB on my 10.5-inch iPad Pro can be rather limiting nowadays, especially if I were to download several apps, movies, and tracks. Note that Apple offers the tiny tablet in only 64GB and 256GB storage configurations, which I think makes it easier for customers to decide which model to get despite the possible demand for a 128GB model. I’d suggest you spend a bit more to get the 256GB option, especially if you opt for the Wi-Fi-only model. It would be a worthwhile investment for that extra storage if you were to keep an iPad for many years. On top of that, having lots of storage could always expand the possibility of what you use the iPad. Finally, the software support on iPads has been exceptional, so these products could have the latest features for a long time. With all of these major features and improvements, this iPad mini could be your next travel companion that lets you take all of your digital media anywhere you go.

The iPad mini 6 enhances the compact iPad experience in every way. What do you think about the most advanced iPad mini 6? Are you thinking about getting one? Let us know in the comments below. Feel free to ask about the iPad lineup either in the comments or on Twitter at @appleosophy. Make sure you follow there on Twitter, so you’ll get the latest news/stories when they come out.