The popular Adobe Photoshop app alternative Pixelmator Photo announced new changes that are coming to its app and services.

These new prices for the service start today.

Pixelmator Photo will now cost $4.99 a month or $23.99 a year for new users, but existing users will still get full access of the app and its features for no additional price or charge. A lifetime price of $54.99 is another option as well.

It was also stated that these changes will be coming to the Mac version of the app too.

In its announcement of this news to users, it essentially said that there are more problems when it comes to having a one-time charge method for its software, as opposed to a subscription-based model.

“We’re completely independent developers with no outside funding and it’s no surprise that we make money and pay ourselves salaries by selling copies of our apps. With a one-time purchase model, we rely on releasing major updates that create buzz in the media and with regular folks online to sell more copies of our apps than we usually do – i.e. we do our best to attract as many new users as possible. The rest of the time, the money we make isn’t actually enough to support development costs.”

The good news is Pixelmator does have plans to release Pixelmator Photo to the Mac. The timeline for the release is said to be “late this year or early next year.” 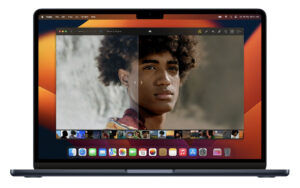 What are your thoughts on the changes announced for the Pixelmator Photo app today? Comment below or let us know on Twitter at @appleosophy.

Deal: Save $30 on the second generation Apple Pencil at Best Buy

macOS 10.15 to Get New and Redesigned Apps

Here’s a funny feature that you’ll love. iOS 15 allows you to place multiple copies of the same…