Now that Apple’s “Far Out” event came and gone, we’ve got three all-new Apple Watch models to choose from. There’s no better time than now to buy one as there’s now an Apple Watch for everyone. Let’s dive down on which model is best for you. 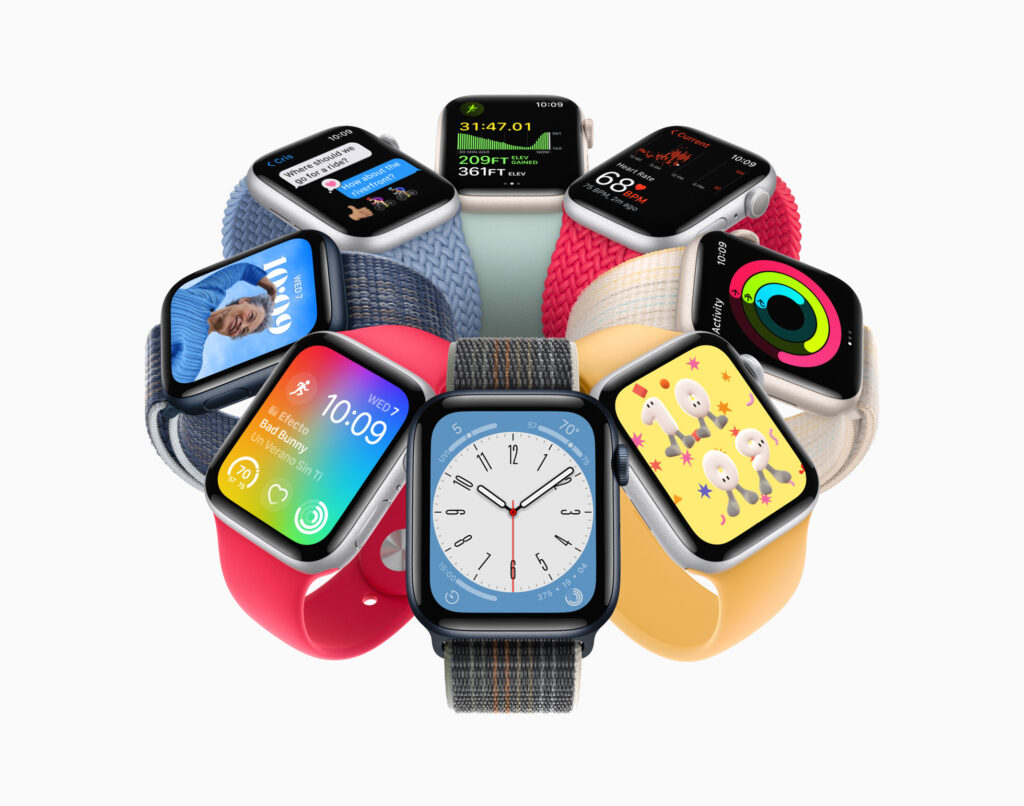 Priced at just $249, the SE is the most affordable model in the lineup, yet it arguably offers the best bang for your buck. It has many of the core features that you’ll find in the rest of the latest models. These features include the fast S8 chip, Crash Detection, Family Setup, and full support for watchOS 9.

Offered in both 40mm and 42mm aluminum case sizes, the screens are more than capable enough to interact with all the fitness features and showcase all the new watch faces, including existing ones that were optimized with rich complications.

With Family Setup on cellular models, Apple is clearly targeting children or the elderly who don’t even own an iPhone. This feature allows parents to set up an Apple Watch for their children when they’re not ready to use an iPhone yet. With cellular connectivity, children will be able to keep in touch with their parents, so parents will have peace of mind when they’re out for school or play. It’s important to know that the cellular configuration is even more affordable with just a $50 upgrade over the GPS-only model.

If you’re buying an Apple Watch for the first time, have a child who isn’t ready for an iPhone yet, or want to get the most out of the Apple Watch experience, then this model is right for you. Additionally, it will even be a massive upgrade if you’re coming from a Series 3 or earlier because the small screens and limited performance don’t support this year’s major software update. 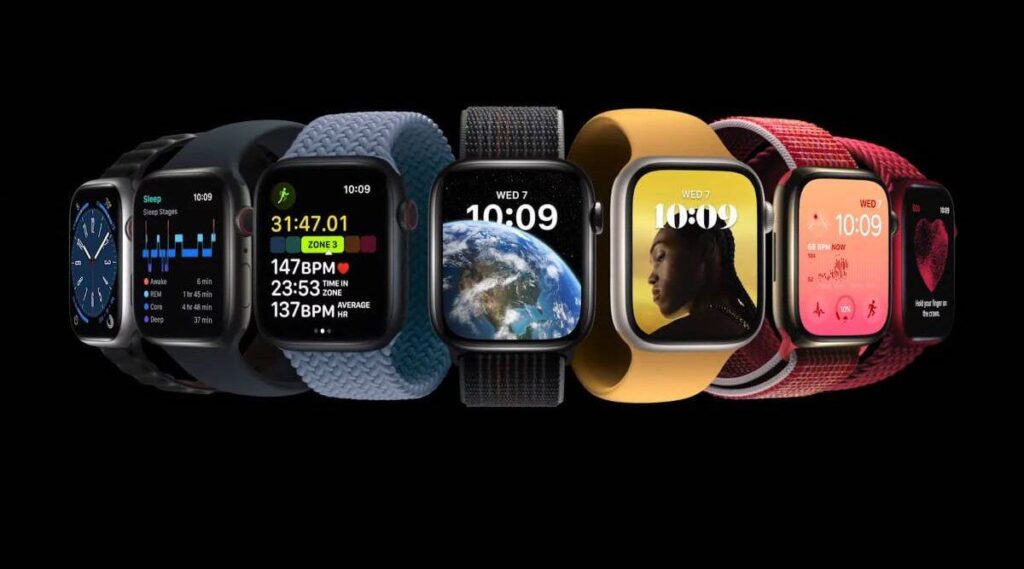 The Series 8 supersedes the Series 7 from last year, which brought larger screen sizes since the Series 4. Offered in 41mm and 45mm cases, the larger screens on both add support for an on-screen QWERTY keyboard for the first time. Not to mention that you’ll see even more information at a glance such as texts and notifications. Additionally, the Series 8 features the always-on display, so you don’t need to raise your wrist as the essential info is just a peek away. As the default, mid-range product of the line, the Series 8 packs even more health sensors than the SE. This includes the blood oxygen sensor, electrical heart sensor, and an all-new temperature sensor for cycle tracking.

Series 8 starts at $399 for the GPS models and $499 for the cellular models, which is a $100 jump vs the $50 upgrade for the SE. Those models come in aluminum cases, but if you want to go for the stainless steel case, those start at $699. The stylish Hermès models are the most expensive ones in the Apple Watch collection as the prices range from $1,229 to $1,759 depending on which case/band combination you choose.

If you’re considering buying the Series 8, there are a few things to consider. First, the S8 system-in-package found in both the SE and Series 8 will most likely not have any performance improvements over the Series 7, or the Series 6 before it. Apple Silicon has always been ahead of the competition when it comes to performance per watt. As a matter of fact, the biggest performance leap when it comes to the Apple Watch occurred with the Series 4 in 2018 as Apple transitioned from a 32-bit architecture to a 64-bit architecture. The performance improvements have been rather incremental since then, but there isn’t really any competition for the Apple Watch.

If you’re using a Series 4 or later, the additional health sensors might not be worth it for you to upgrade just yet. In fact, those models are modern enough to fully support all the software features in watchOS 9, and they will most likely have even longer software support for many years to come. Therefore, it’s probably best to hold off upgrading until your current device drops support for major watchOS updates. Otherwise, if you’re coming from a Series 3 or older, want a larger always-on display or the most stylish watch, or specifically, need any of the new health sensors, then you won’t be disappointed with the Series 8.

Now as the highest-end model of the lineup, the Apple Watch Ultra has been re-engineered to become the most rugged Apple Watch that the company has ever designed. Although it is more advanced than the Series 8, Apple isn’t actually replacing the main Apple Watch line with this model, but rather, they are targeting this watch to an even different demographic, specifically the elitist of explorers who take on their biggest adventures yet. Unlike the lower-end models, the Apple Watch Ultra’s case design is made out of titanium, which is exceptional for its high strength and corrosion resistance.

The all-new rugged 49mm case also surrounds and protects the sapphire crystal and display from edge impacts. Speaking of the display, it is also the largest and brightest display on any Apple Watch, measured at up to 2,000 nits. That’s twice as bright as both the SE and Series 8. Ultra brings an exclusive watch face called “Wayfinder”, which features a live compass that encompasses the time dial and supports up to eight complications. With overnight journeys in mind, turning the larger Digital Crown will activate Night Mode by eliminating the blue light that emits from the display. What you’ll see is a vivid red watch face that is easier on your eyes, especially in the dark. If you look at the other side of the Ultra, you’ll an additional button called the Action button, where you can customize it to perform any action you need. This includes starting an enduring workout or starting a deep dive into the sea.

Thanks to the improved 100m water resistance, depth gauge with water temperature sensor, and the optional dive computer app, scuba divers can take their Ultra into the deep. When you’re out on your hiking adventure, chances are that you might get lost in the woods. Rest assured that the built-in 86-decibel Siren will alert others within a range of 600 feet, so they could know where to find you. The Ultra is designed to withstand extreme temperatures from -20° C to 55° C for freezing mountain climbs or searing desert runs. For those on extremely long marathons, the battery on the Ultra will last up to 36 hours, which is twice the estimated battery life on the rest of the models. Later this fall, the Ultra will bring a Low Power Model that extends the battery life up to 60 hours, so you can travel for days without ever needing to charge your Watch.

The Apple Watch Ultra starts at $799 and includes any of the three new bands designed for adventurers, marathoners, and divers in mind – the Alpine Loop, the Trail Loop, and the Ocean Band. As mentioned before, the Apple Watch Ultra is offered in only the 49mm titanium case. If you’re a true explorer who’s ready to take on the most enduring adventures, then this watch is definitely for you.

Now that we’ve covered all of the Apple Watch models that the company announced last week, let’s break down which model fits you best. Because every model has been updated with the latest hardware features, you can’t go wrong with any model. The best model for you ultimately depends on your usage and what you intend to use the watch for. If you’re getting into the Apple Watch ecosystem for the first time or just need the core health features and nothing extra, then you should consider getting the SE. If you have a specific need for any of the extra health sensors or prefer the always-on display or highly stylish cases, then you can’t go wrong with the S8. If you’re a hard-core explorer who climbs the highest of mountains, runs the longest marathons, or even dives through the deepest seas, you’ll definitely want the Apple Watch Ultra as it’s built to last through any journey you’ll take.

I hope you get a crystal clear understanding of the differences between each of those models. This is especially true if you’re upgrading from an older watch that doesn’t support watchOS 9 anymore. Don’t forget to follow us on Twitter, so you’ll get more Apple-related topics when they come out. As always, thanks for reading. 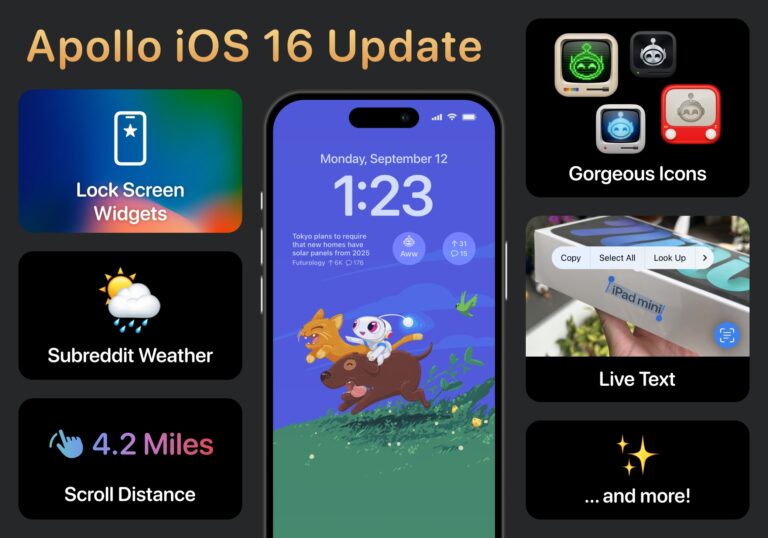 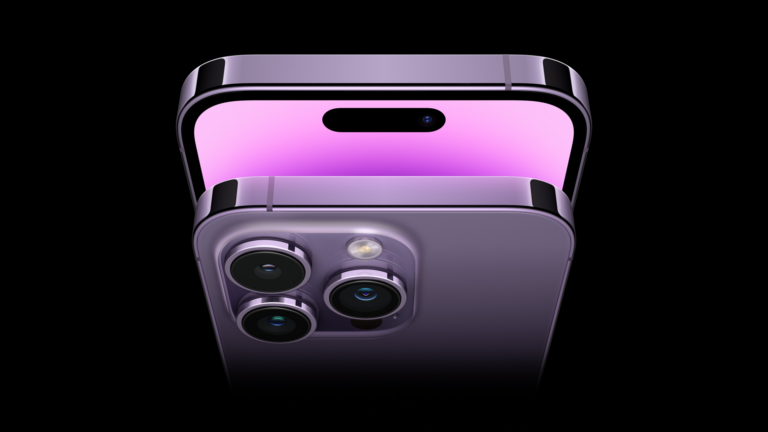 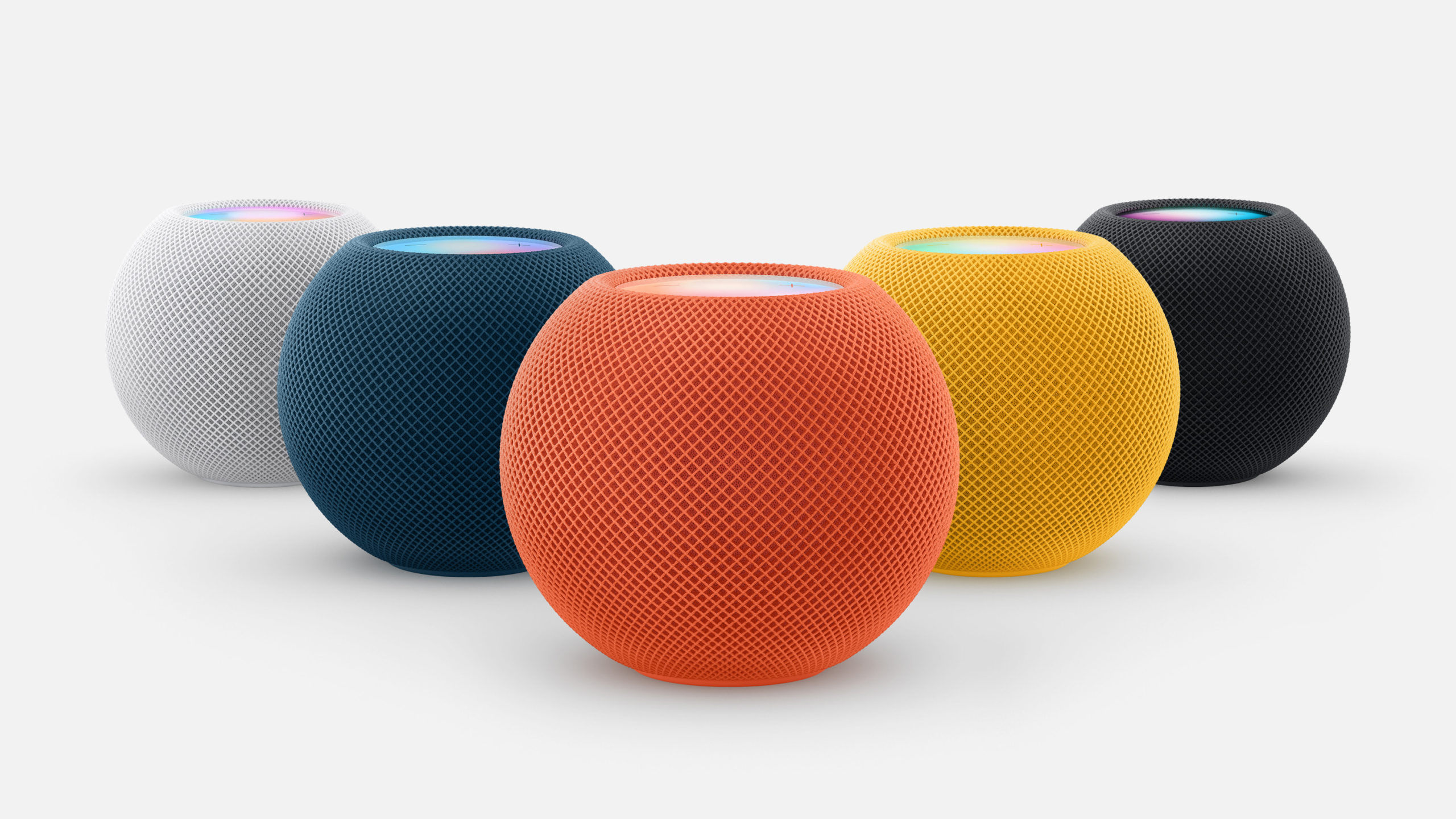 In a press release today, Apple announced that the new colors of the HomePod mini are available to…

Review: OtterBox Defender Pro Series case for the iPhone 8 Plus

Over the last week and then some, I have been able to use my new OtterBox Defender Pro…