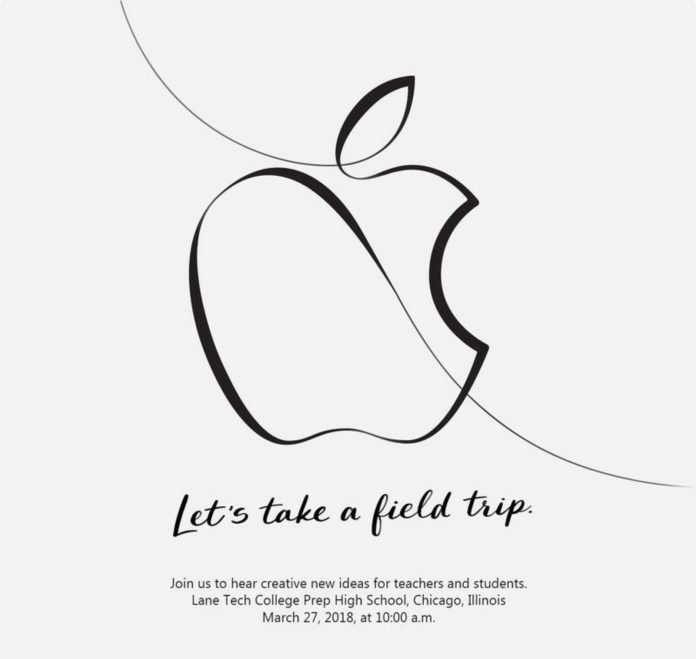 Apple are hosting their annual March event on Tuesday, 27th March, 2018 at Lane Tech College Prep High School which is located in Chicago. We already know that the event will be focused moreso on education and it is very unlikely for a lot of products to be announced and released.

Chance of a new iPad?

As we have already mentioned, the event will be focused on education. Could this mean a new budget iPad could be released for students that are moving onto Middle School/ High School? We don’t know fully but there is a high chance of it happening. A budget iPad for around $349 (the same price as the iPhone SE is selling for) could be exactly what Apple need to revive iPad sales as lots of students might be tempted to purchase this iPad for School/College/University work.

Specs wise we haven’t been told anything but it could be likely that this budget iPad could either feature the iPhone SE’s specs; the A9 chip, 2gb RAM and 16 or 32gb of Internal Storage. However, it could also be that this budget iPad will feature the specs that the rumoured iPhone SE 2 will also feature. These specs being the A10 chip, 2GB ram and possibly 32GB and 128GB of internal storage. It might not be exactly right considering it’s an iPad so it will cost more than what the SE 2 would cost featuring the same specs but we can only predict and find out on Tuesday.

Since around January 2018, there have been dozens of rumours that Apple will be releasing an SE 2 to keep their SE-fans interested and happy. The SE 2 as already mentioned will feature the iPhone 7 specs. Those being the A10 processor, 2gb of RAM and the 2 storage options being 32gb and 128gb. This SE 2 will likely start at the same price as the current SE, being around $349. The SE 2 will be Apple’s 2nd attempt at a budget iPhone and could be announced and released at this March Education event as the SE 2 will be very appealing to students considering the relatively low price tag. However, because it is quite a significant product and not a minor accessory, we are unlikely to see the SE 2 being announced on Tuesday and instead we will see it at WWDC 2018 (if the rumours are true that Apple are developing and will be releasing an SE 2 this year which seems very likely).

This product to be released in this March event is highly unlikely as it is based on education and students probably wouldn’t purchase such a premium accessory as the AirPower Wireless Charging Pad is rumoured to be upwards of around £150-£250. So it would be very unlikely to see Apple release this. In fact we are most likely to see this at WWDC 2018 where products like the SE 2 and AirPods 2 and the AirPods Wireless Charging Case will also probably be released.

Despite all the rumours and information we have, it is more realistic that Apple will only release one product and that being the budget iPad for students as the event is focused on Education and helping Teachers and Students progress with the use of technology.

If you have any questions, feel free to leave them down below or DM us on Twitter, Instagram or Snapchat.