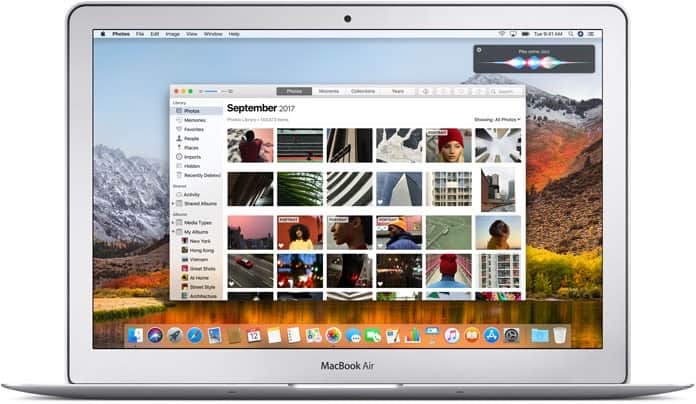 With all the new MacBook Pro and MacBook releases over the past few years, it can be easy to forget that the MacBook Air even exists in 2018. Despite a mild update to internals last year in June, the $999 MacBook Air hasn’t seen a major refresh since 2015. All three MacBook models were updated last year with minor changes to performance, so there’s clearly still a market for MacBook Air, but is it going to last?

Is it even relevant any more?

MacBook Air was first unveiled back in 2008, with its size as the selling point. It was so incredibly thin that it could fit in an envelope – which was perfect for students who needed a cheaper, more portable Mac than MacBook Pro. Steve Jobs unveiled the product and called it “The world’s thinnest notebook”.  Today, the MacBook Air is no longer the thinnest Mac, nor is it the thinnest notebook. So is it even relevant any more? Well the fact that Apple updated it last year shows that it still has faith in the MacBook Air, but the fact that it still lacks a USB-C port and uses the ageing MagSafe port says a lot – it’s an old product lacking new features.

How long does MacBook Air have left?

It’s hard to guess how long Apple will keep its MacBook Air supported for, but the new product launch last year means the 2017 model will continue to be supported through 2021 at the earliest. Many analysts have been predicting that a new MacBook Air will arrive later this year, but this seems incredibly unlikely. Apple is far more likely to push its resources into the MacBook Pro lineup (which is selling like hot pancakes) and its less innovative MacBook lineup (also selling very well). If Apple does choose to update the MacBook Air this year, then it will struggle to achieve the kind of sales it’s having with the slightly more expensive MacBook.

Is MacBook the new Air?

MacBook received a major refresh back in 2015, which made it thinner and lighter than any MacBook before. It went all aluminum, with four beautiful colors. Unlike the Air, it felt premium. Its new design and price tag (just $300 more than MacBook Air) meant it really appealed to students. It still does. While it might not have the Touch Bar, it is still a really well-designed and beautiful Mac. So it’s the new Air? In some ways, it seems that the new MacBook is slowly replacing the MacBook Air. While it doesn’t have an immediately apparent selling point, the new MacBook doesn’t need one. It’s just a slightly cheaper Mac.

When will Apple drop it?

Unless sales skyrocket, it’s more than likely that Apple will drop the Air from its 2019 lineup next year. The move from three devices to two won’t come as a surprise for anyone – Apple did the same with iPad, iPad Air and iPad Pro. In my opinion, we shouldn’t expect a new MacBook Air this year – because MacBook is basically a better version of the Air. Everything you could add to the Air (better graphics, reduced weight and improved performance) are already available on the standard MacBook.

So is it the end of an era?

It would seem that the MacBook Air era is almost over. It started ten years ago, with the idea of creating a MacBook that could fit inside an envelope. With MacBook and MacBook Pro getting thinner every year, the role of the MacBook Air in the current lineup is unclear and will only become even less clear as MacBook and iPad Pro become even more widely used over the course of the next decade. Therefore all the signs we’re seeing so far point to the idea the original notebook will soon be no more.