iPhones in 2019 to feature Triple-Lens Camera 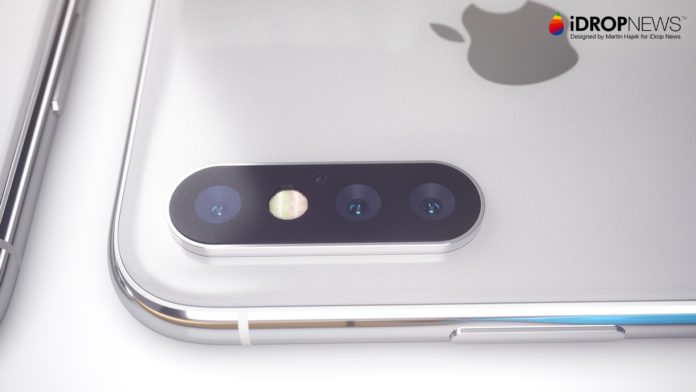 A new report from Economic Daily News, a Taiwanese website, states that Apple will launch at least one iPhone in 2019 with a Triple – Lens rear camera. It is believed that the triple lens camera will enable advanced 3D sensing via stereoscopic vision. Two of the three sensors will have the capability of capturing images of a single object from different angles. This triangulation method of taking a picture can then be used to calculate the distance between the iPhone and the object itself.

Why Exactly is it Needed?

The TrueDepth system on the iPhone X currently is quite advanced. Similarly, the triple sensors on the rear will be used for 3D sensing for Augmented Reality. The prediction matches with the report from Bloomberg that said last year, in the future iPhones will be equipped with rear facing 3D sensing capabilities. Before, Webb reported that Apple was checking and analyzing the time-of-flight approach. This is where you calculate the time it takes for a laser to bounce of objects in order to create a 3D image.

The Triple Lens camera would also add an option for 3x zoom. This would allow the user to zoom in 3 times the amount in the camera viewfinder. Resulting in a picture without any blurriness ruining the quality of the actual picture. This would be a major new feature as the iPhone 7 onwards only support 2x Optical zoom.

If you have any questions, feel free to leave them below!