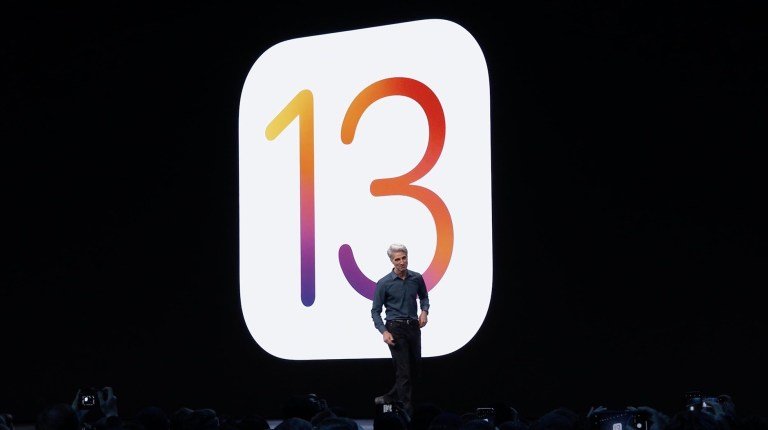 Looks like this update was significant, it came in at approximately 680MB from Beta 1. This may vary from device to device and depends on what firmware you are updating from. Also, you can now update your iPhone or iPad to iOS 13 or iPadOS Developer Beta 2 Over-the-Air. You just need to download the profile from Apple’s developer portal.

Apple said that the Public Beta will be coming in July, but it may come as soon as the end of June.

Here are some of the important features and changes in iOS 13 and iPadOS 13:

1. Stability: iOS 13 and iPadOS Beta 2 offers better stability and performance and we see less number of crashes in apps. Hopefully, it gets better and better in the upcoming betas.

2. Files: If you tap on the three dotted menu on the top right side of the Files App, you will see three options. One option is “Connect to Server” or SMB which is working in Beta 2 so you can now add your Network Storage to Files.

a) Portrait Mode: For all iPhones having the A12 chip, you have a new option in Portrait Lighting called “High Key Light Mono” which was also announced at the event. It basically makes the background flashy-white when the background is blurred to the fullest.

b) Lighting: Once you take a portrait photo, tap on edit and on the top left side, you will see a new icon for adjusting the lighting in the photo. Here’s how the icon looks:

Once you tap on the hexagon icon, you can adjust the lighting by using the slider.

4. Messages: When you Double tap on a text in Beta 2, and use the tap-back options, there are new and different sound effects for each of the options.

5. Memoji Stickers: There are new memoji stickers in iOS 13 and iPadOS 13 Beta 2, which includes fingers crossed, peace sign, thinking and fingers on lips.

6. Voice Control: When you turn on Voice Control, it will show an icon in the status bar showing that Voice Control is active. It is activated a few seconds after it has been turned on. Intially while activating it, it shows this icon:

After it has been activated, it looks like this:

8. Notes: In Settings>Notes, there is a new option called “Sort Checked items”. You can sort the items manually or automatically. If you have ticked “Automatically”, checklisted items will move to the bottom of the list automatically.

a) Link Sharing in Safari: When you tap on share on Safari from a website with Beta 2, the sharesheet will show the link above the sharing options and on the right side of the link there is – “options” and when you tap on it, you get various options in which format you want to share the website which includes Automatic, PDF, Reader PDF and Web Archive.

c) Clearing History: When you tap on Clear History in Safari, you get four options, The last hour, Today, Today and Yesterday, and All Time. These texts were Blue in color in Beta 1 but now it has changed to Red

12. 3D Touch: As we aware that iOS 13 Beta 1 had a bug in which 3D Touch completely replaced Haptic Touch on iPhones with Force Touch Displays, it seems like 3D Touch is back in Beta 2, but if we long press on an app icon, it still performs the same tasks as 3D Touch which is confusing. Are both 3D Touch and Haptic Touch working together? If yes, then Apple should remove Haptic Touch from iPhones which have 3D Touch Displays. Make sure to comment down below whether 3D Touch has been fixed for you or not. Also, The Sound feedback is a bit louder while using 3D Touch.

14. Changes in Alignment of Dual Sim Signal Bars in the Control Centre

15. Darker Dock on iPhones with a Home Button

Also, if you 3D Touch inside any movie/show in the TV App, there is a new menu.

17. Widgets: If an app has a widget, the option to 3D Touch on an App icon and tap on Add Widget is now back with Beta 2. It was removed in Beta 1

a) Icons: In the Shortcuts App, there are actual App icons on the Left-Hand Side of a Shortcut Tab which it is pertaining to.

b) Appearance: You can now set a shortcut which changes the Appearance from Light to Dark or Vice Versa.

21. Sharesheet: When you swipe up all the way down in the sharesheet, you will now get an option called ”Manage” instead of ”More” in Beta 1. If you Tap on Manage, the Done icon is on the right and you can change the sequence of the options directly. Earlier, in Beta 1, when you tapped on More, the Done option was on the left and the edit button was on the right. Now it is one less step to edit the sequence. You can instantaneously edit when you tap on Manage.

22. Mail Settings: When you go to Settings>Mail, you now have the option to ignore blocked senders.

23. Keyboard: If you go to Settings>General>Keyboards, you can now enable/disable ”Delete Undoes Slide”. If this feature is turned on, you can now delete an entire word which you have typed by Sliding on the Keyboard.

24. Language: Apple added a Language option to most of its Apps, so now you can customize the Language of each App.

25. Emergency SOS: When you want to call the emergency helpline, there is a new way to do it. You have to long press on the Side and Volume Up buttons at the same time. Also, now you can turn off the Countdown Sound which is very convenient for some users as they want to prevent the loud sound.

a) Squared Folders: Some users are reporting that they are getting fully squared folders instead of the traditional iOS one.

Source: All I Talk is Tech

(Discovered by All I Talk is Tech)