Apple Reduces Price of EarPods and 20W Power Adapter by $10 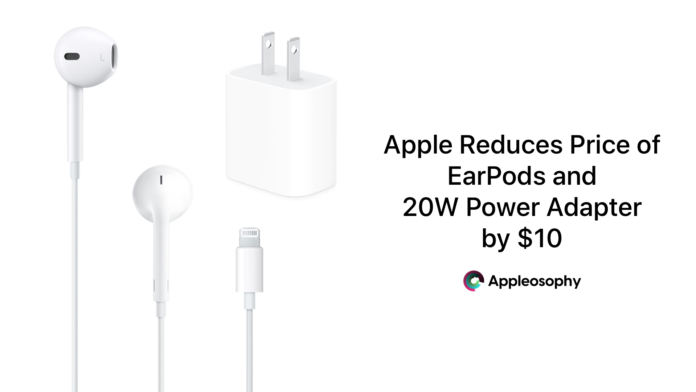 Now, the iPhone 11, iPhone XR, and iPhone SE will no longer include EarPods or a Power Adapter.

Apple now encourages users to use their existing power adapter and headphones or purchase them separately. Following the change, Apple has now reduced the price for its EarPods by $10, now at $19. Apple’s new 20W power adapter has also received a $10 reduction.

Apple stated during their event, many users have switched to wireless alternatives for audio and charging. There are approximately 2 billion Apple power adapters in the world, with many users simply no longer requiring these accessories.

In September the Apple Watch SE and Series 6 launched without power adapters in the box, in an effort to reduce excess power adapters. Apple’s current iPad lineup still includes a power adapter for now, though this may change in the future.