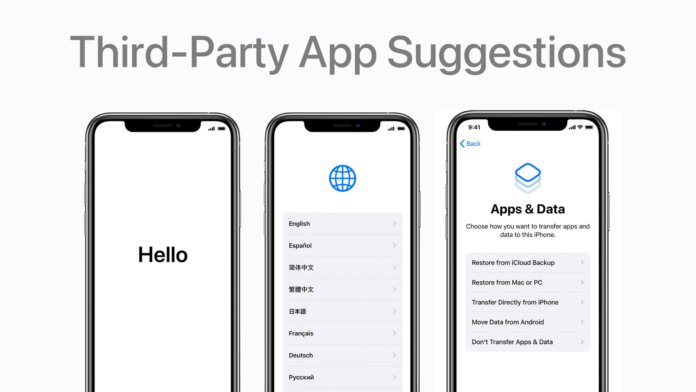 Apple has been widely known for its strict policies and privacy features. The company focused on promoting and suggesting its users use their stock apps, but things have changed since the release of iOS 14.

With the new update, users can relax as Apple has finally started allowing the users to set different Mail Clients and Browsers as default apps. According to 9to5Mac, the iOS 14.3 beta code shows a new menu that will pop up during the setup process of the iPhone or iPad that will display App Store recommendations of third-party apps that users can install even before they dive into their devices.

This new section of the setup process is not intended to be shown to all users. Instead, the code says that it will be enabled only for some countries based on local laws. “In compliance with regional legal requirements, continue to view available apps to download,” the code says.

It is unsure about the rollout of this feature but the European Union countries might be the first to experience it. This comes after Apple was investigated for anti-competitive practices, and was accused mainly of prioritizing its own apps and not providing the spotlight and opportunities to other App Store developers.

United States, United Kingdom, France, Germany, Australia, South Korea, and Japan are investigating Apple for the same reason, with Spotify and Epic Games being the big names who have accused the company of its App Store Guidelines.