During the past month, I have been fortunate enough to own a single AirTag.

When the AirTags were initially announced last month during Apple’s “Spring Loaded” event, I decided that after seeing its $30 price tag, it would be a good and cheap Apple product for me to get. Plus, sometimes there is nothing better than being an early adopter.

With that said, I did get the Belkin Secure Holder with Key Ring for my AirTag as well through Apple. If you want to learn more about my AirTag pre-ordering experience, click here. 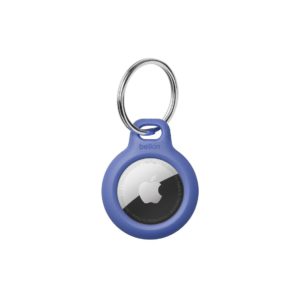 If anything, it was going to be a great way to keep track of my car keys.

When it comes to the product itself, the design is not too bad on the front with its Apple logo on it. I like that because there is a level of social status when it comes to Apple products like this. It’s not for everyone, but those who do get it, know a thing or two about Apple and their priorities in life. Then again, maybe it’s just me.

The rear of the AirTag does remind me a lot of those jackets with the big buttons on them you might have seen at church growing up.

When it comes to the functionality of it, it does not take long for your iPhone to pick up on it and add it. Once it has been added, it is located in the Find My app, so if you need to find your car keys or whatever item you have paired it to, it can be accessed through your iPhone through that app.

Where the product falls flat is the sound. The sound it makes is fine, but I think it needs to be a bit louder. You have to take into consideration that these things might be somewhere where it might be hard to hear them and I think that sometimes those speakers still will not be loud enough for someone to hear.

Granted, this is why the Find My app works hand-in-hand with the AirTags because you can see where it is at in that app.

Other than that, it stands out as a nice little product to have, and if anything for me, a cool, expensive item on my keychain. 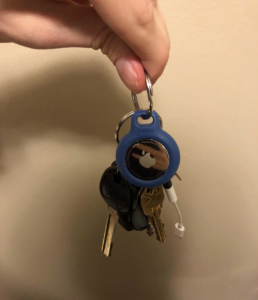 AirTags get 3/4 stars from me. It loses a star due to the fact that I do not believe the speakers are loud enough in its first version.

Apple hit with another lawsuit over iPhone XR’s antenna issues

Apple has been hit with a second class-action lawsuit over the iPhone XR’s substandard and inferior antennas. Apple…

How to stream the 2020 College Football National Championship