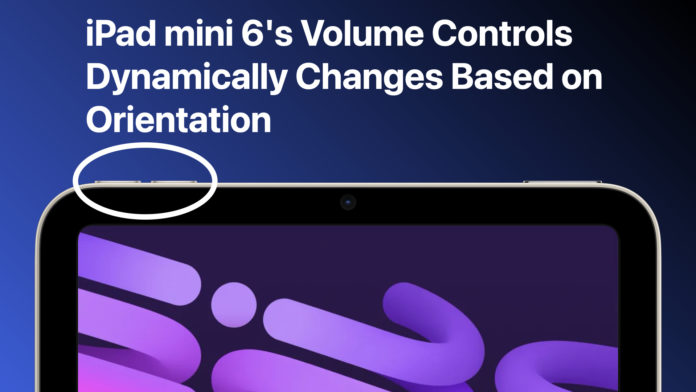 The first unboxing/review videos on the iPad mini have debuted from several big YouTubers. One interesting change to the mini has been discovered by YouTuber, Dave2D.

You see, because Apple changed the design to make it compatible with the Apple Pencil 2, and the length of the Pencil is roughly same as the height of the new iPad mini, it would leave no room for the volume buttons to reside on the right side where the Pencil would be attached.

So they were forced to move it to the top side, but that would create some confusion to which button goes up or down. Therefore, Apple would need to consider the orientations that the device can be in. Thanks to the accelerometer, the mini can detect which orientation the user is holding and changes the up/down direction for the volume buttons base on the current orientation.

It’s a necessary change that’s intuitive to the user when it comes to knowing which button turns up or down the volume. That’s why the iPad mini’s Tech Specs page didn’t specifically say which of the buttons is up or down whereas the Tech Specs page for the others models does so.