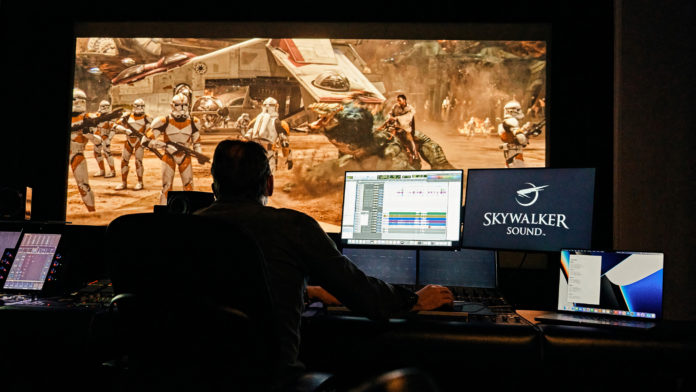 Today is Star Wars Day and the reason for this is because today is the fourth of May, which for “Star Wars” fans means “May the fourth be with you” which is ironic with one of the most iconic lines in the whole “Star Wars” franchise, “May the Force be with you.”

The video showcases all of the sounds you hear in the “Star Wars” movies, the history behind them, how some of them have been created and interviews with people behind those sounds.

Apple’s video also shows how many Macs are used to make the sounds and what types of programs and software are used for their creation.

You can watch the video below. You can also learn more about the video from this Apple Newsroom article.

Apple will be holding a unique Today at Apple session online on Monday, May 9, at 8 p.m. ET that will be all about sound designer Leff Lefferts who will, “shares his favorite projects and how Skywalker Sound brings iconic movie characters to life with Apple Music’s Eddie Francis. You’ll watch footage from Skywalker Ranch in our Behind the Mac film. Then, guided by an Apple Creative Pro, you’ll learn how to make vocal effects for a character using your voice, everyday objects, and GarageBand on Mac.”

You can learn more about that Today at Apple session here.