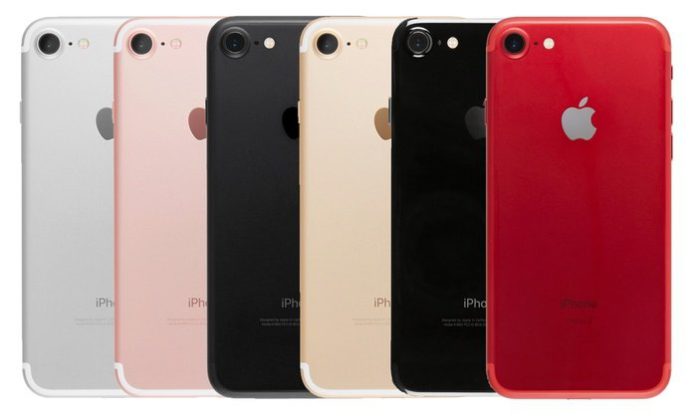 Despite the name sounding 2 years old, the iPhone 7 and 7 Plus are in-fact only a year and a half old. However, the confusion exists due to Apple skipping the ‘S’ iteration. In 2017, Apple instead released the iPhone 8 and 8 Plus and of course the iPhone X.

Here is the link to purchase the iPhone 7 and 7 Plus from Apple’s website:

So, still worth purchasing?

Now this is where the iPhone 7 and 7 Plus are different. The iPhone 7 only has 1 rear camera whereas the iPhone 7 Plus has dual rear cameras. The iPhone 7’s singular rear camera is a 12MP camera capable of 4K video recording at 30FPS and 1080p recording at both 30 and 60FPS. This camera also features Optical Image Stabilization and can use the Quad-LED True Tone Flash to record some crispy, nice footage especially in low light conditions. This camera has a f 1.8 aperture and has the capability of Digital zoom of up to 5x. The iPhone 7’s camera is pretty amazing even in 2018 and the 7 Plus’ camera is even better.

How the iPhone 7 Plus camera is better

The iPhone 7 Plus sports dual sensors as already mentioned. The first sensor is the same as the iPhone 7. But the secondary camera on the 7 Plus is a 12MP Telephoto lense. This is so that the first camera is a wide angle with f/1.8 aperture and the secondary is a telephoto camera with a f/2.8 aperture. The dual sensors on the 7 Plus are capable of optical zoom as well as Digital zoom of up to 10x. Finally,  there is a Portrait mode feature exclusive to the 7 Plus thanks to the dual sensor. This Portrait mode takes a normal photo and then introduces a bokeh effect so that the main subject is in focus and the rest of the background is blurred out. This feature is quite useful and has produced quite nice pictures.

Incase it matters or you are interested to know, the iPhone 7 and 7 Plus are IP67 rated meaning there is Splash, Water and Dust Resistance.

Specs wise, the iPhone 7 and 7 Plus are the same. Both feature the A10 chip with 64 – bit architecture with the M10 motion coprocessor which is quite powerful and efficient when it comes to gaming and other intensive tasks you might do on your iPhone.

Both iPhones also feature the Touch ID fingerprint sensor which can also be utilized to make payments for products you might purchase in store or purchases made through the Apple Store or Apple app using the Apple Pay feature which is available to use is dozens of countries already. However, the fingerprint sensor is different on the iPhone 7 as it is not an actual button but more of a mimic of a button that Apple has used by using a vibration motor. This means that the home button feels like a button because depending on what setting you have put for the home button, the home button sends back feedback to make it feel like it is a button and to emulate the feeling of an actual button like the previous iPhones. This new home button was introduced to further help make the iPhone 7 water resistant.

Both iPhones are also currently running the latest iOS 11.3 software. However, for a phone that is only a year and a half old, it is expected to run iOS 11 smoothly and does indeed. I personally use an iPhone 6, and my experience on the iPhone 6 has been positive. Battery life is great, and the overall performance when using my iPhone 6 is smooth. On the iPhone 7 and 7 Plus, it will be much better and smoother. Games run very smoothly thanks to the M10 motion co-processor. However, the phone tends to become a bit hot when continuously playing GPU/CPU intensive games for more than 20 – 30 mins at a time.

Battery life is great too. You can get at least 6 hours out of your iPhone with moderate usage. I get about 4-5 hours from my iPhone 6 if I use 4G during the day. 6 hours at least if I just use Wifi throughout the day. Battery life will decrease if you play games as games require more power than your everyday activities, e.g. going through Instagram/Twitter feed. However, because the A10 chip inside the iPhone 7 and 7 Plus is much more efficient than the A8 in the iPhone 6, battery life is great on the 7 and you will not be disappointed.

It is important to note that both the 7 and 7 Plus do not have a headphone jack. So you have 2 options. Either use wired earphones/headphones and be prepared to use the lightning to 3.5mm adapter provided in the box. Or keep money in the budget to purchase a good, reliable pair or Bluetooth headphones. Bluetooth headphones will be convenient. This is because you will then be able to charge your iPhone 7 and listen to music at the same time. Whereas that is not possible if you use wired earphones/headphones as the lightning port will be occupied because of the adapter.

Other than this issue (minor for some, major for others), the iPhone 7 is a good purchase. It can still be counted as a flagship phone despite being a year and a half old. However, the price might put some people off as it is more than a year old. Also, £549 or £669 for the base models of the 7 and 7 Plus respectively can be considered to be a bit on the expensive side.

However, everything aside. The iPhone 7 and 7 Plus are very powerful, good phones and are worth the purchase.