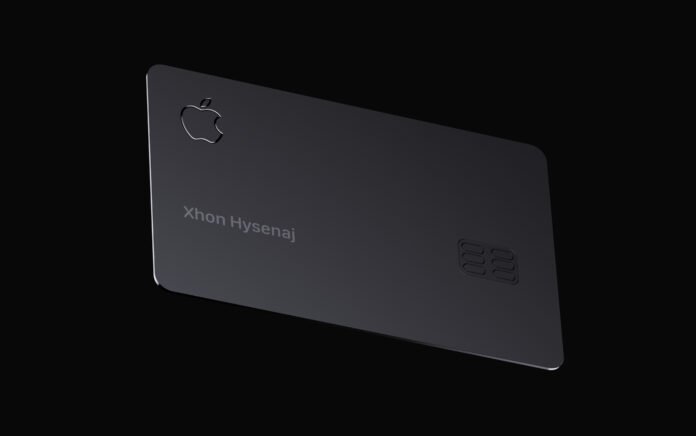 Apple Card continues to thrive with its ability for contactless payments at supported retailers across the US, but now nerds are questioning if Apple will bring out a Space Gray titanium card for consumers to use to buy things with their card.

In a recent concept from @john.hys on Instagram, shows in full, how sleek and polished the sought after Apple card color will look if Apple were to make it. When John was interviewed, he claimed to make the render in Cinema4D – a popular 3D modeling software. For the Apple-like advert, he used KeyShot to concept the render, adding music and text. The video can be found under his Instagram post, here.

If Apple were to give Apple Card applicants the option to choose between Silver, machined titanium and a darker Space Gray color; it would very much resemble the color options of Apple’s iPhone and Mac lineups, as well as their accessories. The US and UK versions of the card are seen to be slightly different, with the back of the card having a matted strip with the card supplier and bank logos engraved into the dark titanium.

Additionally, concept author @john.hys has included a possible insight as to what the card may look like if Apple were to partner with credit provider, Visa, as well as Lloyds Bank. However, the only flaw with this concept is that it would be unlikely that Apple would partner with retail banks in the UK, such as RBS, Barclays, HSBC or Lloyds as Apple will most likely work with the credit provider directly.

With such a well rendered and put together concept, some are hoping that Apple responds to the community feedback and gives consumers the choice between color schemes to help fit their other Apple products – iPhone, Mac, iPad and Apple Watch.

None-the-less, we hope to see more concepts from John and can’t wait to see what other Apple Community members have to offer in the ways of concepts, art and imagery after WWDC 2020!