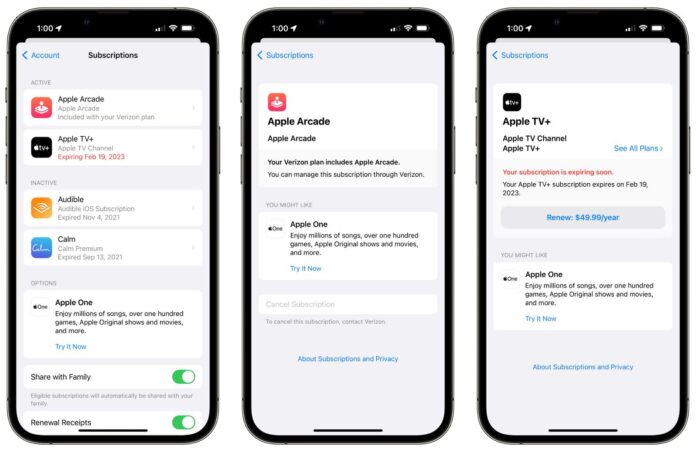 Today, Apple has changed the way users view subscriptions in the App Store.

Now when users go to their account and into subscriptions, the new look highlights which subscriptions are current and which ones are expired/ended. The subscriptions themselves are ones made through Apple via in-app purchases like video and music streaming services, and apps like CARROT Weather, Day One Journal, or Apple services such as Apple Fitness+ and Apple TV+.

When a subscription is tapped, the user is able to see how much the subscription is per month, what exactly it is, and when it will renew. For the expired subscriptions, users can see why or how it was ended and options to re-subscribe.

The new look of the subscriptions can be found on those running iOS 15.5 and users running the iOS 16 beta.

Additionally, the new look of the subscriptions can be accessed in the Settings app by opening the app, tapping on your name across the top, and then going to the subscriptions section in the first column of options.

What are your thoughts on this new looks for subscriptions in the App Store app? Comment below or let us know on Twitter at @appleosophy.